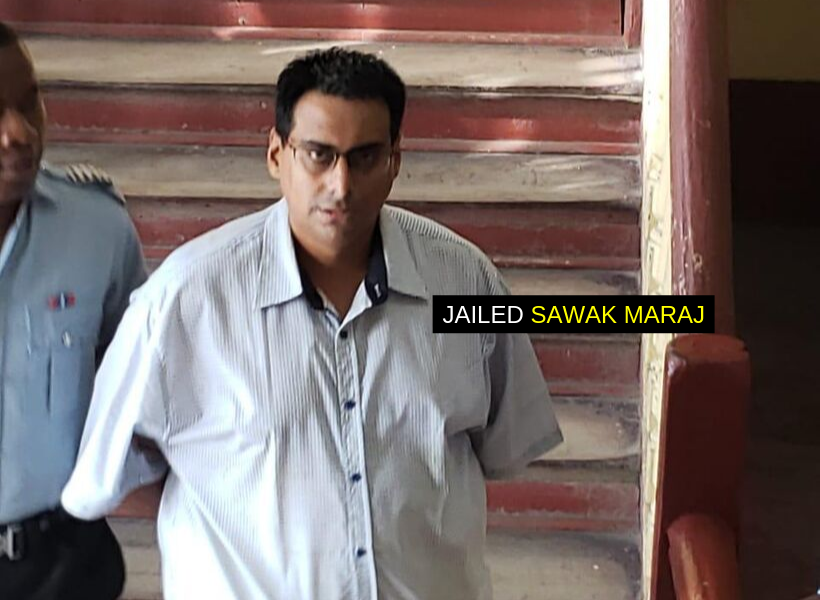 Sawak Maraj, the Trinidadian who was jailed for four years for faking his own kidnapping, has filed an appeal with the Court of Appeal where he is requesting that his conviction and sentence be overturned. This was confirmed today by Maraj’s lawyer, Brandon De Santos, who indicated that he is in the process of petitioning for bail pending appeal for his client at the High Court.

On October 4, 2019, Maraj, 33, a Chemical Engineer, was found guilty of the offence by Senior Magistrate Faith McGusty. He was also found guilty of giving false information to the police. According to the charged leveled against Maraj, on October 27, 2017, at Georgetown, he conspired with others to negotiate the payment of a ransom for the release of someone in unlawful custody.

It was further alleged on the same day at Madewini Resort, Soesdyke/Linden Highway, that he provided police with false information that he was kidnapped and that his abductors demanded US$700,000 for his release. Maraj was sentenced to four years imprisonment for conspiracy to commit a felony and 18 months for knowingly giving false information to the police.

The two sentences will run consecutively.

Based on reports, Maraj arrived in Guyana on October 27, 2017, via the Cheddi Jagan International Airport, Timehri, to attend a job interview with a reputable oil company in Guyana. He then left in a taxi for a hotel along the East Bank of Demerara when he disappeared. Shortly after the engineer left the airport, a photograph of him with someone holding a cutlass to his neck was sent to his parents and other relatives in Trinidad and Tobago.

It is alleged that the “kidnappers” threatened to kill him if the demanded ransom was not paid. The engineer’s family immediately made contact with the Guyana Police Force and forwarded the photograph. Ranks were able to track the telephone number of the “kidnappers” and the officers were immediately mobilized in and around Georgetown.

They then went to the location in a bid to rescue Maraj. On arrival at the hotel, the ranks were puzzled when they entered the room where they saw Maraj relaxing on a sofa and drinking a can of fruit juice.