Home Court Man, who wants to cause terror in the country, jailed for breaking... 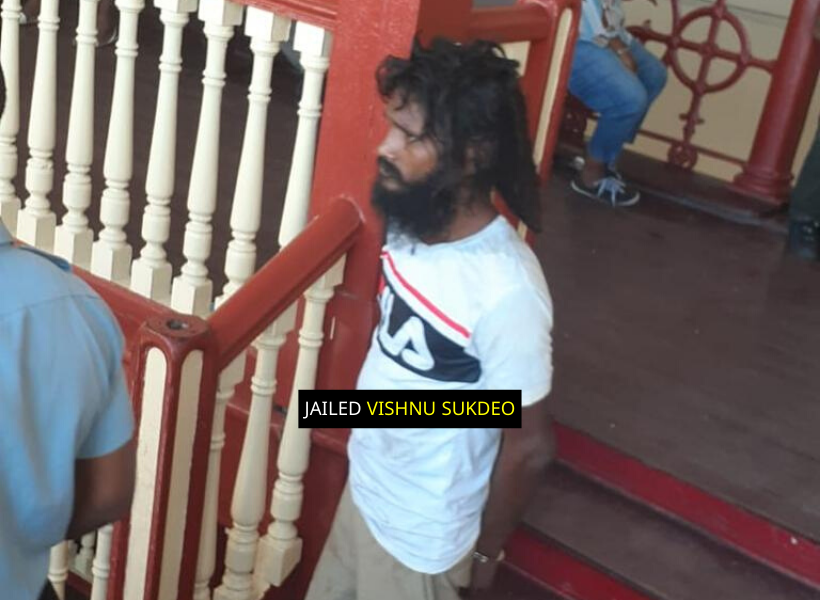 “I am so frustrated with this country so I decided to break the ambulance window. I want to cause terror in this country cause I am sick and tired with the way it’s going,” were the words of 33-year-old Vishnu Sukdeo in court earlier today.

Sukdeo pleaded guilty with explanation to the charge which stated that on November 12, 2019, at Brickdam, Georgetown, he broke one left side window of motor vehicle PTT 6114 valued $20,000, the property of Ministry of Public Health.

Facts presented by Police Prosecutor Christopher Morris stated that on the day in question, the ambulance was parked on the Brickdam Public Road when Sukdeo picked up a piece of wood and hit the left side window several times. He then made good his escape.

The matter was then reported and following an investigation, he was arrested and charged for the offence.

Hence, Magistrate Bess sentenced the father of one to nine months imprisonment