Home News Crime Witness in 2018 murder gunned down, another injured in Agricola shooting 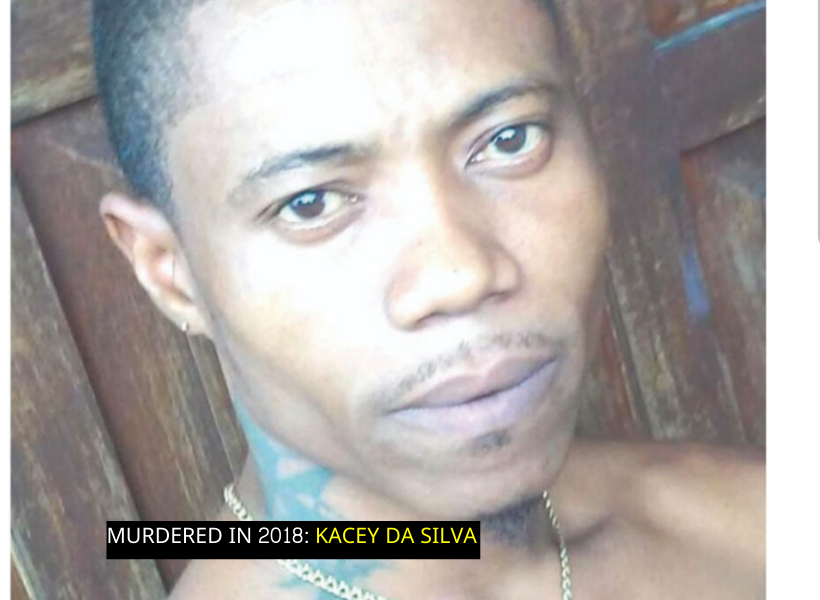 The main witness in the December 2018 murder of 34-year-old Kacey Da Silva was gunned down and another person was injured last night at Agricola, East Bank Demerara (EBD).

The shooting happened just after 19:00 hrs at Caesar Street.

The deceased has been identified as 25-year-old Seon Bobb of Agricola. He was shot under the chin and died at the Georgetown Public Hospital Corporation.

Daniel Webster, of Lot 105 Caesar Street, was shot to the right side chest and is receiving treatment at the aforementioned hospital.

Webster and Bobb are said to be related. In 2018 when Da Silva was executed, Bobb received gunshot wounds and was hospitalized.

He had identified the shooters as being part of a rival gang in the community. They are said to be brothers.

While no one was arrested for murder at that time, there was a raid in Agricola last week where five men were arrested with illegal guns.

One of those persons is said to be the shooter and is currently being questioned for Da Silva’s murder.

Bobb was said to be the only person who can put the suspect behind bars and this is believed to be the reason for his execution.

Last night, a 30-year-old of Brutus Street, Agricola resident was arrested for the fatal shooting. The police are now looking for the actual shooters, who were positively identified by eyewitnesses.

Guyana Standard was told that the deceased and the injured man were walking in Agricola last night when they saw the two gunmen.

The four men stopped and had a brief discussion during which the two suspects whipped out a gun and opened fire before escaping.

The wounded men were taken to the hospital where Bobb died.