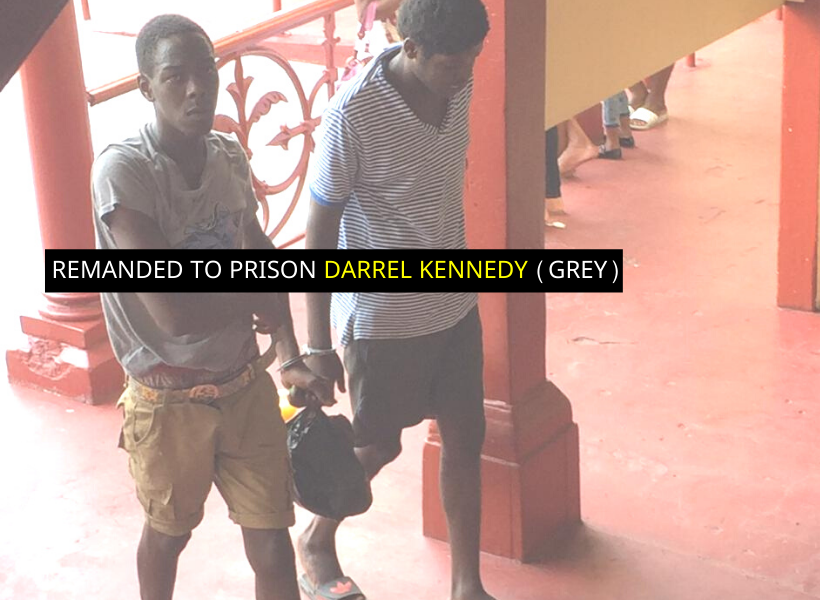 A 20-year-old accused of robbing a man of his motorcycle and having an unlicensed gun in the crotch of his pants, was today remanded to prison for the offences.

Darrel Kennedy, appeared before Principal Magistrate Sherdel Isaacs-Marcus in the Georgetown Magistrates’ Courts where he was slapped with three charges.

The first charge stated that on November 21, 2019, at Aubrey Barker Road, South Ruimveldt Georgetown, he had in his possession two .32 live ammunition without being the holder of a licensed firearm enforced at the time.

It was further alleged that on the same day and at the same location, he had in his possession one .32 pistol without being the holder of licensed firearm enforced at the time.

The last charge stated that on November 18, 2019, at Perry Street, Tucville, Georgetown, he stole one motorcycle valued $435,000 property of Quincy Hinds.

The unrepresented man, in addressing the court, stated,” The firearm is nah me own. The person left the gun and when the police show up they find the gun on a chair.”

However, facts presented by prosecutor Devon Timmerman stated that on the day in question, ranks on patrol duty saw the defendant and conducted a search. The court heard the gun and ammunition were found in the crotch of his pants. The defendant was then arrested and charged for the offense.

The prosecutor objected to bail being granted to the defendant on the grounds of the serious nature of the allegations and the penalty the charge attracts.
The prosecutor also highlighted the fact that the defendant was previously charged for a similar offence.

The Magistrate, after listening to the facts, remanded Kennedy to prison until December 9.