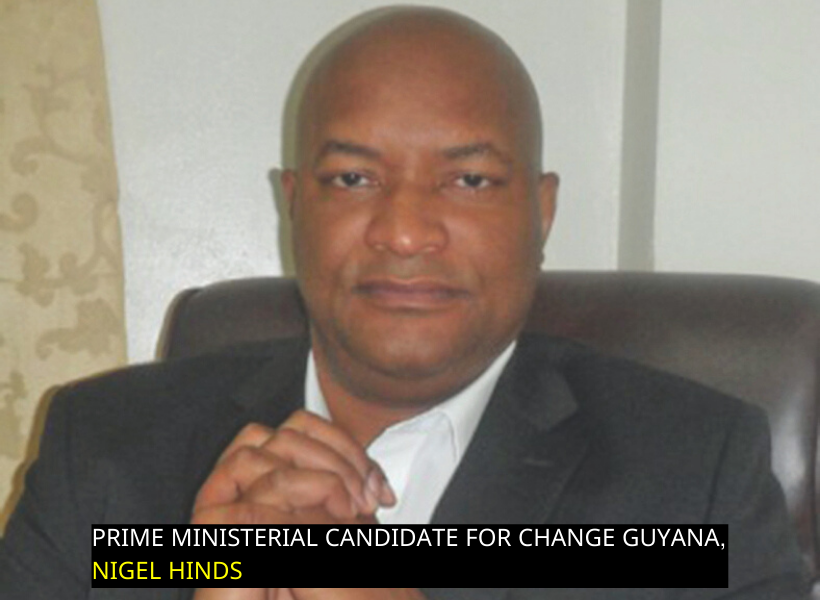 If elected to office, the recently formed Change Guyana party will wipe out Property, Capital Gains and Excise Taxes, all of which brought in more than $23B for the first half of the year.

During Plain Talk, Hinds said that Change Guyana is eager to make sweeping changes to the tax system as it believes what is currently in place is oppressive and does not stimulate growth. The party’s plan to reform the tax system includes repealing the earlier mentioned taxes as well as reducing Value Added Tax(VAT) by two percent and collaborating with the commercial banks to offer low-interest loans to small and medium-sized businesses. He said, too, that the party is committed to raising the Income Tax threshold to $100,000 while noting that this would put more money into the hands of Guyanese.

But Ram, who is also a Chartered Accountant, wasted no time in challenging Hinds to say how much it would cost the State to make such “dramatic” changes to the tax system. Hinds, in his explanation, failed to give a direct answer on whether this was even a consideration by his party, much less, the details of its impact on the government’s revenue.

Hinds was keen to note however that Change Guyana does not see it as a cost but rather, an incentive for accelerated economic development while invigorating the private sector which is often described as the nation’s “engine of growth.” The Chartered Accountant said, “…Let’s take Property tax, someone buys a home, lives in it for 20 years, pays a mortgage and has to keep paying a property tax and if they want to sell, they have to pay 20 percent capital gains tax..”

That, in his eyes, is a disincentive hence, his party’s staunch position to remove it from the law books.