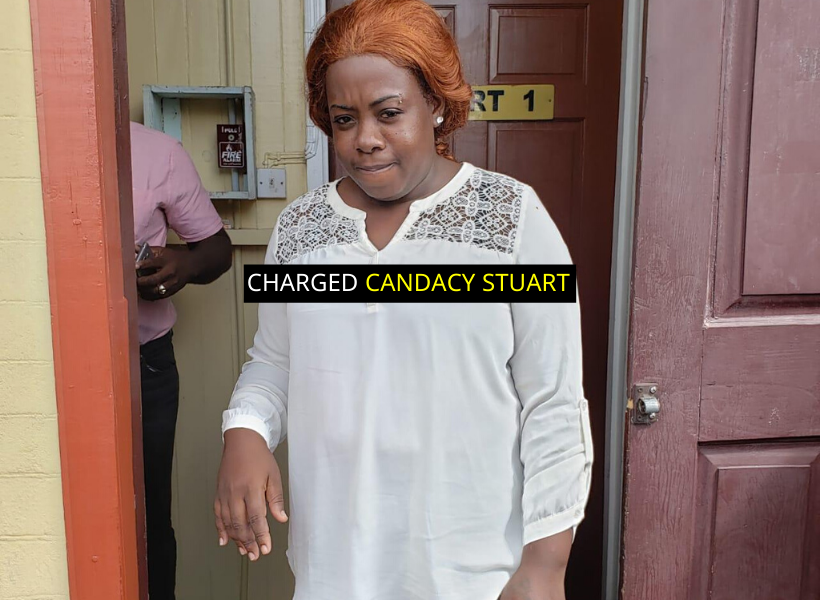 A former Royal Castle employee was today charged for stealing $19M from the establishment.

Thirty-three-year-old Candacy Stuart of Princes Street, Lodge, appeared before Chief Magistrate Ann McLennan in the Georgetown Magistrates’ Courts where she was slapped with three charges.

The woman denied all the charges after they were read to her by the Magistrate.

She was represented by Attorney-at-law Dexter Todd.

The lawyer, in a successful bail application, told the court that his client is the mother of three and has no pending matters. The lawyer added that his client worked at Royal Castle for over seven years and that the police will have a very hard time proving that she stole money from the establishment.

However, facts presented by Police Prosecutor, Gordon Mansfield stated that during the periods mentioned in the charge, an internal audit was conducted at the establishment which revealed that several million were missing.

The court heard the matter was then reported and further investigations were carried out by the police which led to the defendant being charged.

The Prosecutor added that it was revealed that the defendant exploited a point of sales software which is a feature that allowed her to steal the monies.

While the Prosecutor did not object to bail being granted to the defendant, he asked that bail be granted in a substantial amount.

The Chief Magistrate released the woman on $300,000 bail.

Conditions attached to bail are that she lodge her passport with the court and report to the Criminal Investigation Department (CID) Fraud Department every Friday until the hearing and determination of the trial. She was instructed to make her next court appearance on December 5, 2019, for statements.