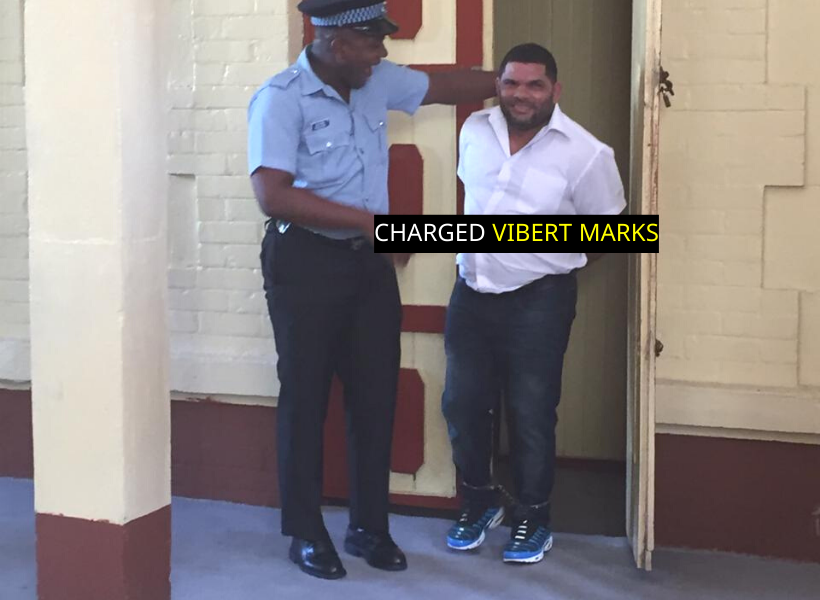 A businessman, who was recently charged for attempting to export $7.3 M in raw gold through the Cheddi Jagan International Airport (CJIA), was today charged for bribing a Custom Anti Narcotics Unit (CANU) rank.

He pleaded not guilty to the charge which stated that on November 18, 2019, at the Cheddi Jagan International Airport (CJIA), he corruptly offered an agent, Dominic Smart, a CANU officer employed by the State of Guyana, $100,000 as a reward for forbearing to investigate him (Marks) an act in relation to his principal’s affairs.

Marks was represented by Attorney-at-law Glenn Hanoman who asked that his client be released on reasonable bail.

Facts presented by the Police Prosecutor Neville Jeffers stated that on the day in question, the defendant, who is a permanent resident of the United States of America, was an ongoing passenger at CJIA destined for the USA.

The court heard that while a CANU rank was checking the defendant’s suitcase, a darkish object was seen.

The rank then questioned the defendant and he stated that he was only carrying 20 ounces of raw gold in his suitcase.

Further checks revealed that it was more than 20 ounces. The defendant then attempted to bribe the rank who reported the incident instead.

Investigations were carried out which lead to the present charge.

The Magistrate, after listening to the facts, released Marks on $100,000 bail.

The condition of the bail is that he reports every week at SOCU Headquarter. He was instructed to make his next court appearance on January 6, 2020.

On November 25 last, Marks was charged for being in possession of raw gold weighing 974.13 grams valuing $7.3M without an export license. He denied the charge and was granted $200,000 bail.