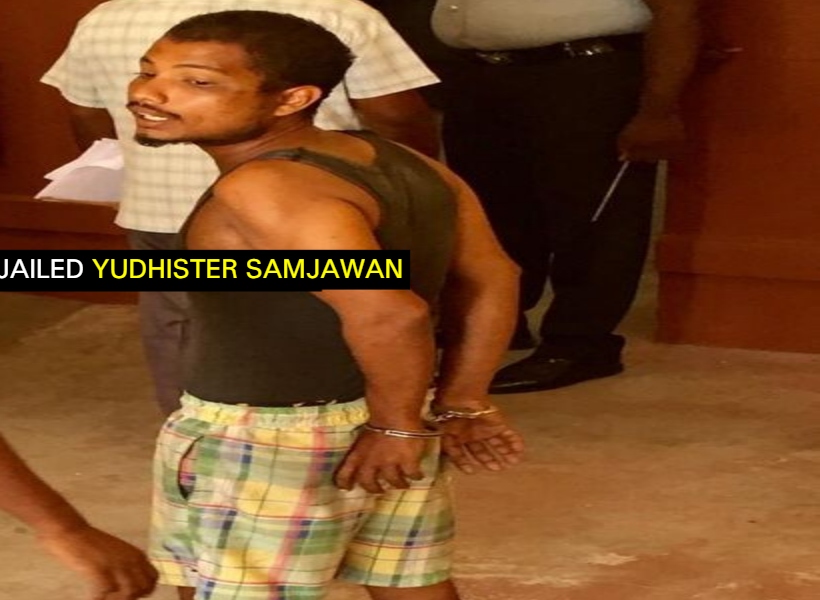 A taxi driver was moments ago sentenced to three years imprisonment after being found guilty of stealing a lady’s underwear, a phone and $50,000 cash.

He had denied the charge which stated that on October 4, 2019, at West Ruimveldt, Georgetown, he broke into the dwelling house of Yanti Stephens and stole one phone, valued $35,000, one female undergarment valued $400 and $50,000 cash, the property of Stephens.

An unrepresented Samjawan on his first court appearance, in addressing the court stated, “I did not go into her home; the police beat me and put the panty in my pocket.”

However, at the conclusion of the trial today, Magistrate Bess ruled that after going through the entirety of the evidence, he found sufficient evidence against Samjawan for the offence. Hence, he was sentenced to three years behind bars.

According to information, on the day in question, the woman was awakened by a noise, and upon checking, she observed the defendant crawling in her house.

An alarm was then raised and the defendant ran into a trench in his attempt to escape.

The court heard that the police arrived shortly after and found the defendant in a trench.

A search was then carried out on his person and the female underwear was found in his left side pocket. He was subsequently arrested and charged.