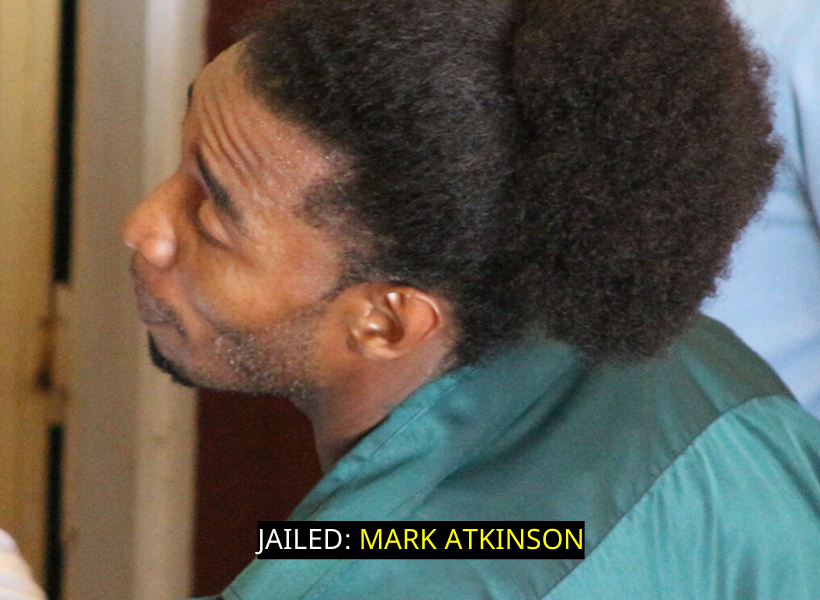 Mark Atkinson, 40, formerly of Barama, was on Tuesday, December 03, 2019, sentenced to 14 years’ imprisonment for murder. Atkinson had been indicted for the June 03, 2014, murder of Devon Anderson, 30, which occurred at Blackwater Landing, Konawaruk, in Region 8. Following a trial before Justice Gino Persaud and a 12 person jury at the High Court in Suddie, Atkinson was found guilty and sentenced to a term of imprisonment.

Based on reports, the two men were involved in a heated argument during which Atkinson shot Anderson. Atkinson is also accused of murdering Daniel Lima, between August 12 and August 13, 2015, at Burning Spur, Konawaruk River.

At the time of his arrest, Atkinson reportedly told detectives that he and Lima were involved in a fight. He also told detectives that the man fell and struck his head on a tree trunk. Based on reports, Atkinson was previously charged with robbery under-arms, possession of illegal arms and ammunition and trafficking marijuana.