Home Court Mechanic gets 14 months for robbing cop at gunpoint 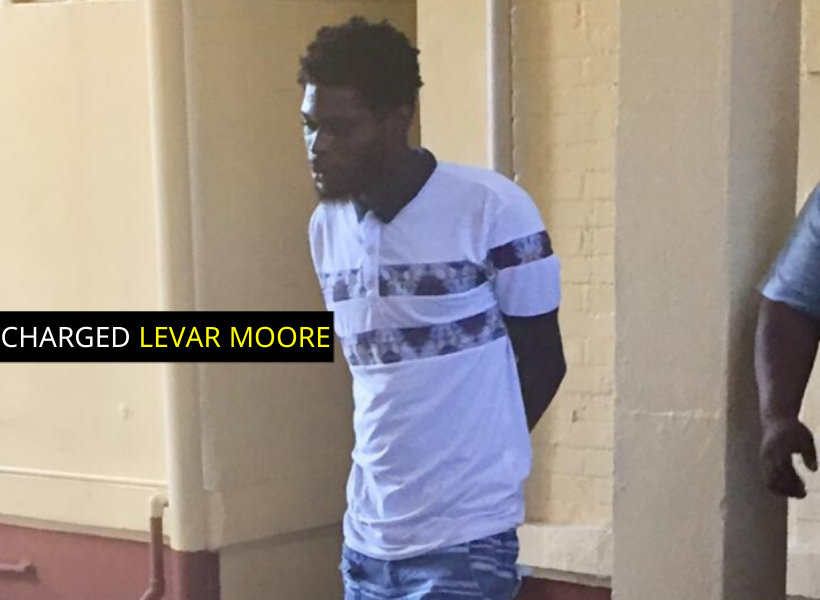 A man, who placed a gun to a police rank’s head before relieving him of his motorcycle, was today sentenced to 14 months’ imprisonment for the crime.

Twenty-year-old Levar Moore, a mechanic, of 59, Leopold Street, Georgetown, was on trial before City Magistrate Annette Singh at the Georgetown Magistrates’ Courts.

Moore initially pleaded not guilty to the charge which alleged that on November 9, 2019, at Princes Street, Georgetown, while being armed with a gun and in the company of others, he robbed Sherwin Thornhill of one motorcycle valued $270,000.

However, this afternoon when the matter was called, he changed his not guilty plea to guilty.
Hence, he was sentenced to 14 months behind bars.

Facts presented by the court prosecutor stated that on the day in question, the officer was seated on his parked motorcycle in front of the special constabulary headquarters talking to a female friend.
The court heard that Moore and others approached the policeman.

The prosecutor said that it was Moore who placed a firearm to the rank’s head and demanded him to hand over the motorcycle.

The victim, being fearful for his life, complied, the prosecutor added. Moore and others then made good their escape.

The matter was reported and the defendant was arrested by police at a roadblock.
He was then taken into custody and charged.