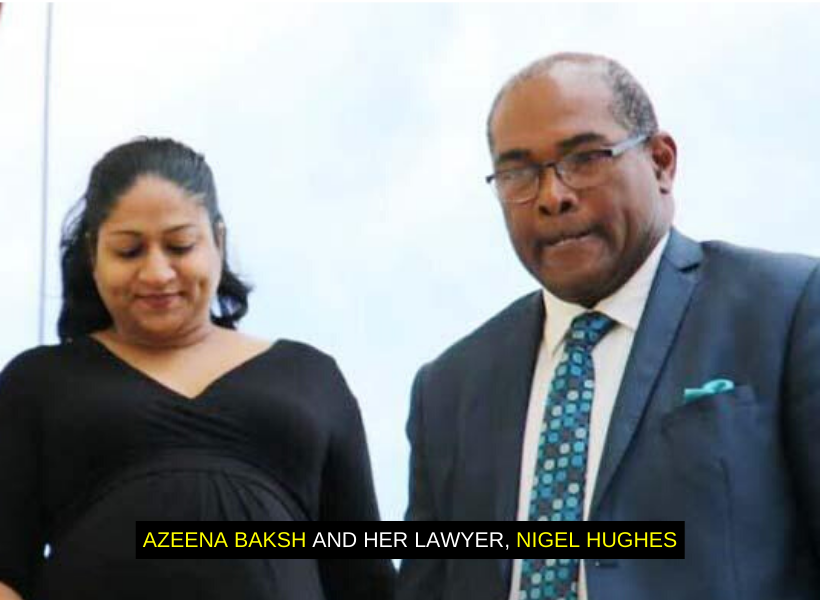 Baksh, 33, of 343 Eccles, East Bank Demerara is on trial before Senior Magistrate Leron Daly in the Georgetown Magistrates’ Courts.

Particulars of the charge against her stated that while being a member of the Judicial Service Commission (JSC) between May 1, 2014, and January 31, 2017, with intent to defraud, she caused or procured valuable securities to the sum of $4,534,480 to be delivered to her bank of Nova Scotia account #281469; or to her own use and benefit by falsely pretending she was a contracted employee of the Deeds and Commercial Registry Authority.

Baksh who is the daughter of Ali Baksh, former Junior Agricultural Minister under the previous administration of the People’s Progressive Party/Civic, has denied the allegation.

She is currently out on a $250,000 bail pending the hearing and determination of the trial.

On the last occasion when the matter was called in the courtroom of Magistrate Daly, Baksh’s final witness, Nandkishore Gopaul, a former Permanent Secretary, went into the witness box where he testified on Baksh’s behalf.

After the final witness took the stand, attorney-at-law Nigel Hughes, who is representing the defendant, closed his case.
According to information, staffers at the Deed Registry called in the Ministry of Legal Affairs to investigate their complaints of alleged financial improprieties committed by Baksh.

According to the Ministry, the Human Resource and Accounting Departments complained that as Head of the Budget Agency and sole person in authority to approve and sign off the payroll of the Deeds and Commercial Registries Authority and one of the main signatories on the Authority’s Bank Account, the Registrar unlawfully paid herself gratuity.

It was also reported that Baksh did this knowing that she was a pensionable employee, having been appointed by the JSC.
She is further alleged to have unlawfully paid herself a higher salary than was approved by the JSC. Those payments started in 2014 and continued up to 2017.