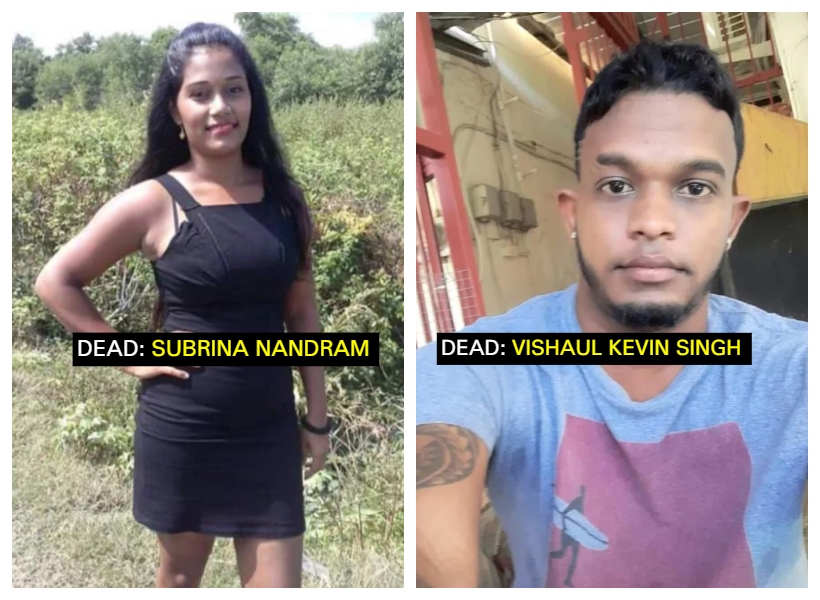 Dinesh Nangram, the brother of Subrina Nangram who was murdered by her boyfriend on Sunday at the Aracari Resort in Versailles, West Bank Demerara (WBD) believes that his sister was killed because she was planning on reuniting with her estranged husband.

Nangram explained that his family recently found out that the mother of two was in contact with her estranged husband who resides in the United States of America and was even planning on migrating with their two sons in June.

The young man said that his family believes that the 25-year-old either tried to break off the two-year relationship she shared with Vishaul Kevin Singh when he killed her, or he found out she was in contact with her estranged husband by checking her phone.

In a widely circulated social media conversation between the now dead woman and her estranged husband which took place on Saturday, they referred to each other as “love” and Nangram agreed on going to the US in June with her sons.

“She was in contact over the phone with her husband and the last time they talked, he (husband) told her that he wanted her and their sons to go over to the US in June so maybe the boyfriend saw the messages and became enraged,” Nangram said.

Guyana Standard has been informed that the woman’s family had no idea that she and her estranged husband were planning on mending their relationship. They knew that she was seeing Singh and the last time they saw the couple together, everything seemed fine.

Post Mortem examinations showed that the 25-year-old mother of two died from manual strangulation. She was also beaten before she was killed. Her boyfriend died from pesticide poisoning.

The couple was discovered naked and facing each other in the hotel’s bathtub. A bottle containing an agricultural chemical called Farmizone was found at the scene. Its green liquid content was seen thrown all over their rented room.