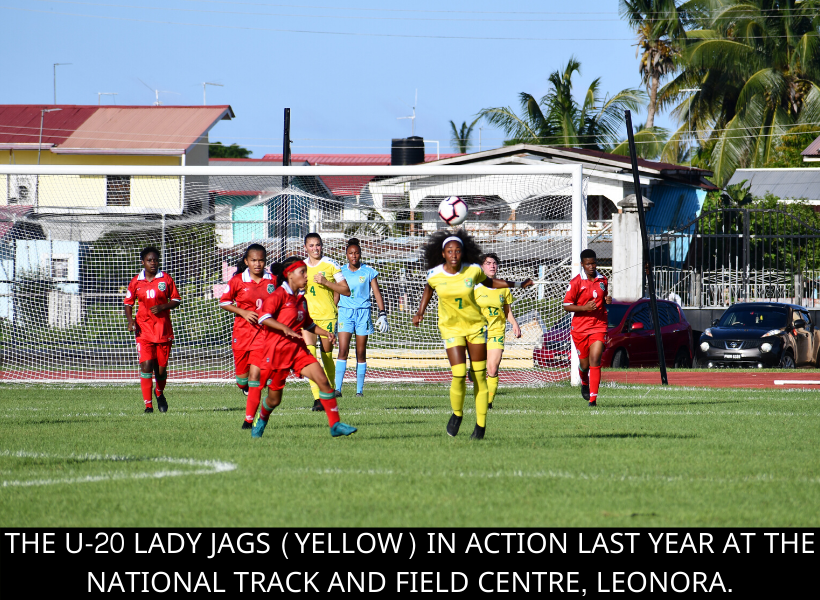 After being awarded the rights as FIFA Women’s Under 20 World Cup 2020 hosts, two slots from the Group Stage of the 2020 CONCACAF Women’s Under- 20 Championship set for the Dominican Republic this February/March, have been left vacant.

These slots will be filled by the respective winners of the CONCACAF Qualifying round, Groups A and B, Guyana and Saint Kitts and Nevis. The historic and welcome news was communicated to the General Secretary (ag.) of the Guyana Football Federation (GFF) Rev. Ian Alves by Concacaf Director of Football Competitions, Carlos Fernandez.

Guyana romped to a clean sweep of Group A here at the Leonora Track and Field Facility with wins over Bermuda (2-0), Suriname (3-1), Saint Lucia (2-0) and Antigua & Barbuda (2-0) in July of last year.

Guyana’s ‘Lady Jags’ have now earned a spot in Group D of the CONCACAF Group Stage alongside Mexico, Nicaragua and Puerto Rico while Saint Kitts and Nevis will battle in Group F with the likes of Haiti, Trinidad and Tobago and the Cayman Islands.

The third placed teams from Group A (Bermuda) and Group B (Barbados) from the qualifying round will replace the slot 1A (Guyana) and slot 1B (Saint Kitts & Nevis) in the round of 16.

CONCACAF also informed that the confederation would have been awarded an additional slot as hosts of the FIFA Women’s Under-20 World Cup, 2020 in addition to the three slots originally assigned.

The CONCACAF Council concluded that two slots would be granted to Costa Rica and Panama as host countries, and therefore, will no longer participate in the 2020 CONCACAF Women’s Under-20 Championship.

The two slots available would be determined by Champion and Runner-up teams at the 2020 CONCACAF Women’s Under-20 Championship and therefore, no third place match would be played.

Competition is set for February 22 to March 8, 2020 in the Dominican Republic.
Guyana’s ‘Lady Jags’ will open against Nicaragua on February 23; two days later the Guyanese face off with Puerto Rico with a clash against Mexico set for February 27.