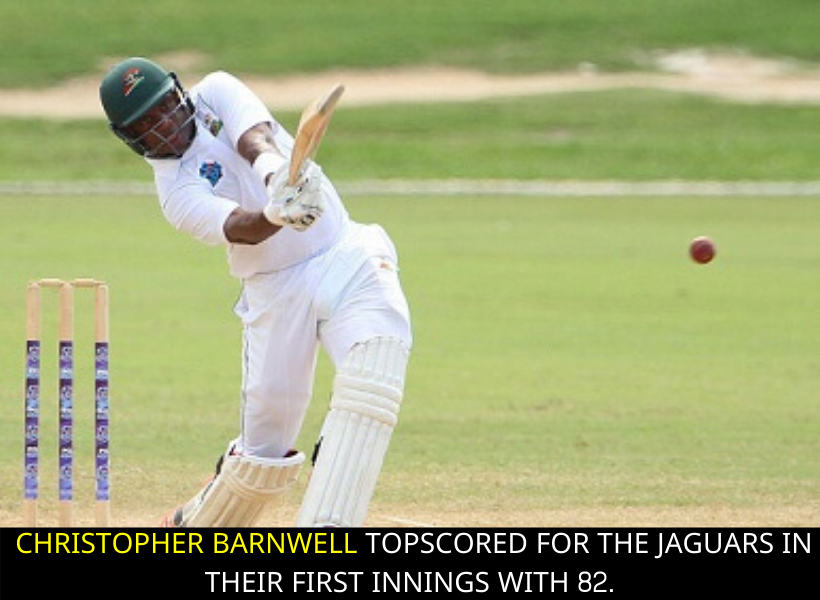 Batting first, the Jaguars amassed 388 in their first innings off the back of half-centuries from Christopher Barnwell (82), skipper Leon Johnson (59), opener Chandrapaul Hemraj (52) and Tagenarine Chanderpaul who made 60.

The Hurricanes were tamed in their chase as Jaguars debutant fast-bowler Niall Smith snared 6-55 (16 Overs) to restrict them to 155 all out.

Jamar Hamilton was the only Hurricanes batsman to offer any resistance with 53.

As the Jaguars enforced the follow-on, the Hurricanes came storming back thanks to a well compiled 99 from opener Kieran Powell who shared a 152 run opening partnership with Montcin Hodge (62).

However, the Hurricanes could just knock up a paltry lead of 20 after no other batsman offered any innings of substance and they were bowled out for 254.

The Jaguars claimed victory as Hemraj (8 not out) clobbered a four to end things while Chanderpaul hit a six and two fours in his 14 not out.

The Jaguars will head to Bridgetown, Barbados where they will face the Barbados Pride on January 16 as their bid to win six consecutive titles continues.