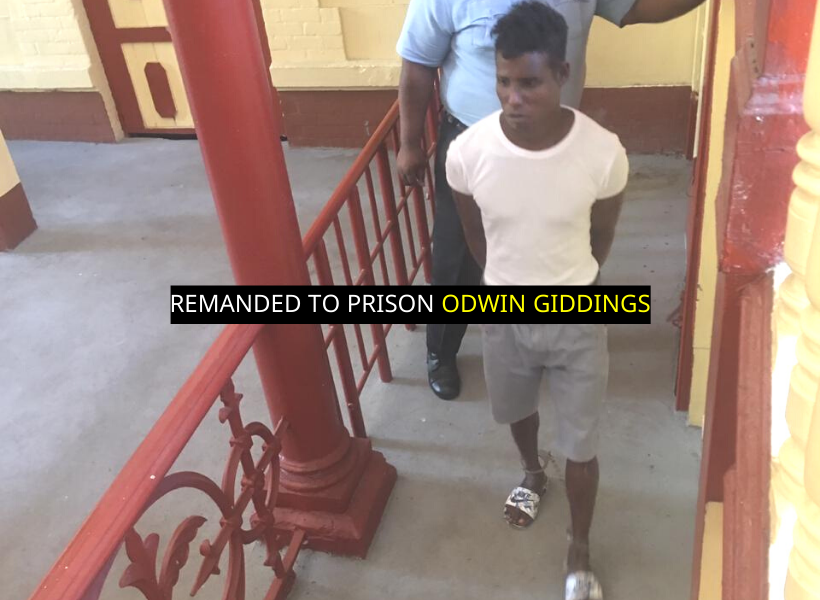 A 29-year-old miner was today charged and remanded to prison on an attempted murder charge.

Giddings was not required to plead to the indictable charge which stated that on January 8, 2020, at Mazaruni River, Essequibo, with intent to commit murder, he unlawfully wounded Kendrick Jones.

According to information, on the day in question, the men were involved in an argument and Giddings picked up a cutlass and dealt the victim several chops about his body.

The injured man was rushed to the Bartica Hospital where he remains a patient.
The matter was then reported to the station and Giddings was later arrested and charged for the offence.

The Prosecutor objected to bail being granted to the defendant on the grounds of the serious nature of the allegation. The Prosecutor also highlighted the fact that the victim is still hospitalized in a serious condition.

The Magistrate, after listening to the facts, remanded Giddings to prison. He was instructed to make his next court appearance on January 17, 2020, at the Bartica Magistrate’s Court.