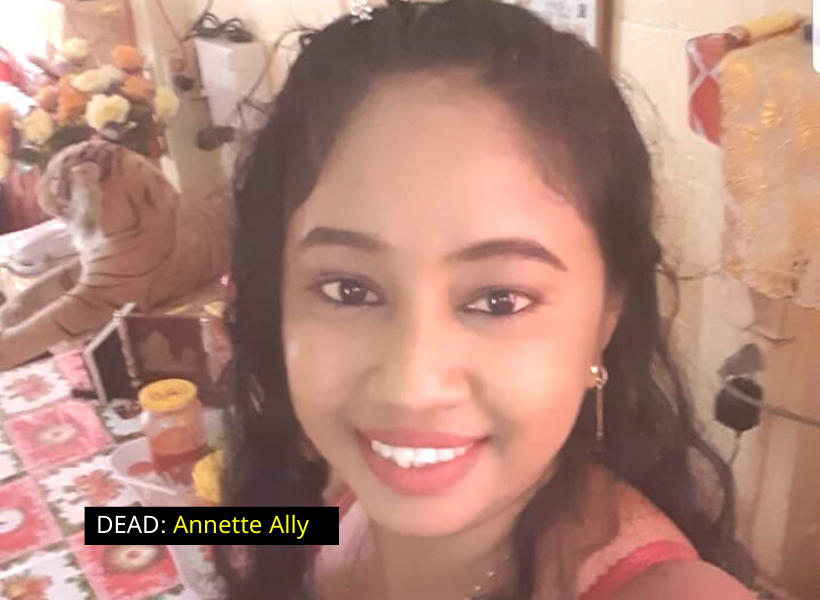 A 34-year-old woman was stabbed to death early this morning at her Crane Old Road, West Coast Demerara (WCD) home by her husband, who later attempted suicide by ingesting a poison that is meant to kill wood ants.

The suspect has been identified as Nathram Lall called “Resh.” He has since confessed to stabbing the mother of his three children while under police guard at the West Demerara Regional Hospital.
The victim has been identified as Annette Ally. She died at the scene of the crime. The couple’s children, who are between the ages of seven and 19, were asleep when she was murdered.
Guyana Standard has been informed that the woman was allegedly having an extra marital affair with another man for some time now. Her husband was said to be aware of this since she had moved from her marital home twice in the past to live with her lover.

This morning, the deceased’s brother, Taijram Lall said that when his sibling went to work in Barbados last year, the deceased had fallen in love with another man and had even moved in with the individual. However, when the suspect returned to Guyana, his wife moved back with him.

“They continue living together but they use to have a lot of problems. She does leave him and move in with the other guy for months and then go home back to her husband but then like he had accepted it because every time she left, he would just take her back,” Lall explained.

He further said that last night the woman went to a dance at a relative’s house and took her lover without telling her husband about it. “He passed and he saw her and the man dancing so he went home and wait on her and when she arrived, he attacked her.”

Lall said that his sibling was not under the influence of alcohol when he committed the act. He explained that at the hospital, he met with a doctor who informed him that the suspect might not survive due to the amount of poison he has consumed.