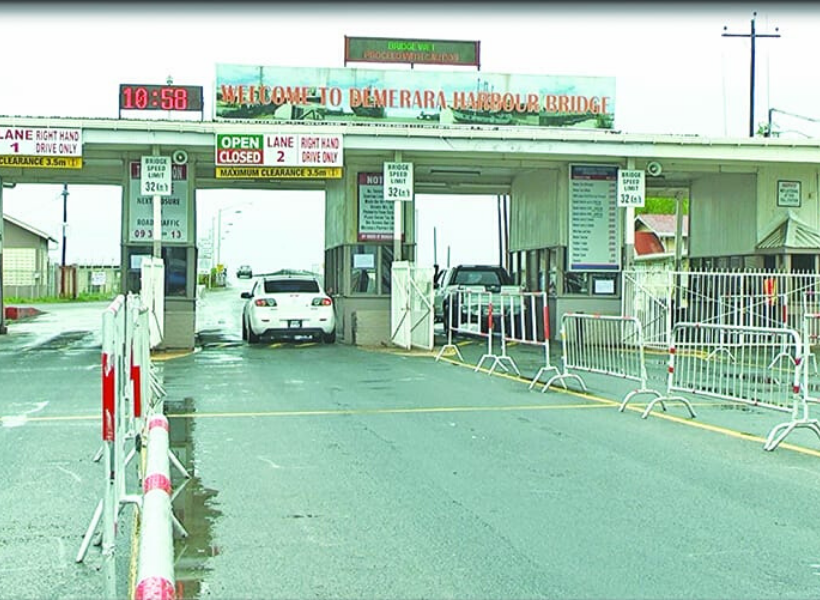 An application by IMEX CORP. LTD., the owner of a tug and a barge which slammed into the Demerara Harbour Bridge last year September, has been dismissed by Chief Justice Roxane George S.C.

In the application, IMEX CORP. LTD. asked the Chief Justice to strike out an action by the Demerara Harbour Bridge Corporation (DHBC), in which it is seeking to recover in excess of $90M from the company.

The millions of dollars represents monies spent to repair the harbour bridge after it was damaged when the tug and barge collided with it. The monies also represent revenues lost as the bridge was left inoperable for almost 36 hours, as well as damages to a woman’s car.

IMEX CORP LTD., in its application, claimed that although it is the bareboat character of the tug and barge that would be liable on claim in an action in personam, it is not, and was not when the cause of action arose, the beneficial owner of the tug or the barge as the former being financially owned by Marina Towing Ltd, and the latter by TNT Shipping Ltd.

It was on September 02, 2019, that the tug
[R/M Marina Oceanic] and barge [LM 3004], both registered in Panama, slammed into the 40-year old floating structure which serves as a major link between Regions Three and Four.

Following the incident, Minister of Public Infrastructure, David Patterson announced that the tug and barge was impounded and its owners will be billed for repairs to the bridge, revenue lost and damage to a woman’s car which amounted to in excess of $90M.

Lawyer for the Demerara Harbour Bridge, Everton Lammy-Singh later secured a court order to have the tug and barge impounded until the monies are fully paid.

IMPEX CORP. LTD., through its lawyers Cameron and Shepherd, in its application had contended that the detainment of the tug and barge was wrongful. This publication understands that IMEX CORP LTD., reportedly offered to pay around $40M, as it wants a limit to its liabilities.

The Demerara Harbour Corporation has since refused the sum and has commenced legal proceedings to recover the full amount. As the matter continues at the High Court in Demerara, IMEX CORP LTD., was ordered to file a defense in response to the DHBC’s claim.

The matter is set for hearing on March 27.