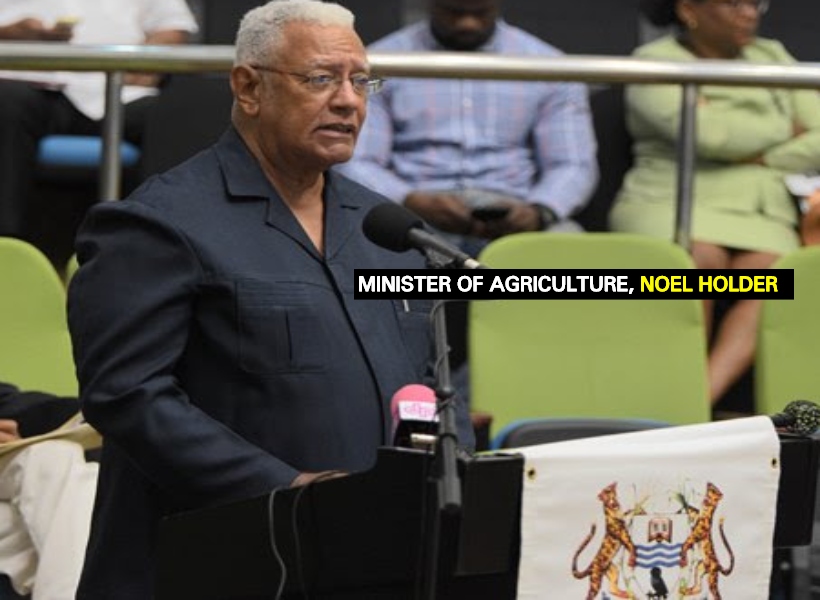 More than three months after the president received a petition signed by over 3,500 sugar workers calling for pay increases, President David Granger has referred the matter to the Agriculture Minister, Noel Holder, for his attention. This is according to the Guyana Agricultural and General Workers Union (GAWU).

The Union, in a missive over the weekend, said that it received a correspondence on January 13 signed by the president’s secretary, which alluded to the referral.

GAWU takes offence that the president supposedly chose to have the matter referred, rather than dealing with it personally. The Union said that there is evidence which points to instances where President Granger would refer matters to his ministers with little chance of fruitful resolution.

“This is not the first time that correspondences addressed to the president have not been frontally addressed by him but is referred to one of his ministers. While Mr. Granger obviously can decide how to address a matter, our experience has been that matters referred to other ministers by the president are hardly ever addressed, at least positively. Of course, we believe that the president could have fully addressed the matter as we are aware that he has been presented with proposals from the GuySuCo (Guyana Sugar Corporation) regarding the pay rise matter. The fact that he has chosen to take the focus away from him is a mouthful,” the Union noted.

GAWU said too, that it does not have confidence that the Agriculture Minister will resolve the matter.
“At this time, we hardly have any hope that the Minister of Agriculture would address the matter,” it said, while making mention of an article in another section of the media which purportedly stated that the minister has intentions of resigning after the March 2 General and Regional Elections.

“…From all appearances, [he] has began to pack up his desk and he seems eager to head out the door,” the union noted.

The Guyana Standard understands that the president, some two months ago, had asked GuySuCo for advice on the way forward. The company would have engaged the union at least once with a view of having the issue resolved. GuySuCo’s management had raised several concerns, especially with regards to the availability of the funds to pay the increase.

GuySuCo’s Chief Executive Officer (CEO), Dr. Harold Davis Jr. told the Guyana Standard in November last year, that the corporation is working to address the matter.
“We are trying to work with what we have… We met with the union, and we have to work and see how we can move forward. We have to work,” he said.

From the current development, it appears that GuySuCo and the union were unable to meet a consensus on the matter, which prompted the president to get the minister directly involved.
The petition was submitted to the president on October 7.

In that document, workers said they have been working for the same rates-of-pay since 2015, though the cost-of-living has risen “significantly” in the ensuing period.
They noted too, that their earnings have declined owing to a number of factors such as lessened crop weeks, restriction of certain benefits, the suspension of other long-standing conditions-of-work, among other things. The situation, the workers lamented, has found them and their families “between a rock and a hard place”.