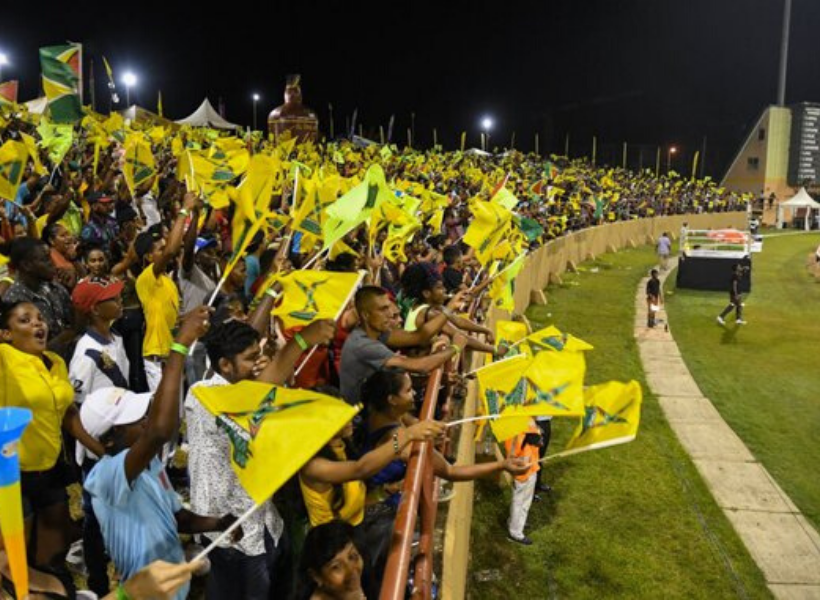 The Hero Caribbean Premier League (CPL) has announced the tournament’s economic impact for Guyana in 2019. The data was revealed early on Tuesday (January 21) via CPL Public Relations head, Peter Miller.

The 2019 edition, which took place between September 4 and October 12 last year, created a total economic impact of US$29,514,926 in the country, a 15% increase on the results that were achieved during the 2018 event.

According to CPL, the figure was calculated using organiser spend, visitor spend and media value and was collated for the tournament by world-renowned researchers, YouGov Sport.

In addition to the economic impact figure, the tournament filled 7,664 hotel rooms in Guyana, saw an increase in overall arrivals into the country during the Hero CPL and 608 jobs were created. Working closely with the local tourism authority, the CPL also created content that showed why people should visit Guyana and experience this wonderful country.

With five group games and two playoff matches taking place in Guyana, the local fans were treated to seven fantastic cricket matches with the Guyanese team once again making the final.

The crowds in Guyana were fantastic once again, and the support that the tournament has received from fans in the country has been outstanding.

Speaking about the report from YouGov Sport the Hero CPL Chief Operating Officer, Pete Russell said: “There is nothing like watching cricket in Guyana, and we were so pleased with how welcomed we were made once again. The Guyanese economy is moving forward rapidly and we are very pleased to be playing our part in that success. We are already looking forward to putting on more matches of exciting cricket in the country in 2020.”

First started in 2013, the Hero Caribbean Premier League (CPL) is a franchise-based T20 format cricket tournament that combines two of the most compelling aspects of Caribbean life – dramatic cricket and a vibrant Carnival atmosphere.

In 2018 the tournament made a positive economic impact across the Caribbean of US$127million. Barbados Tridents are the current Hero CPL champions and the other competing teams are Trinbago Knight Riders, Guyana Amazon Warriors, St. Kitts & Nevis Patriots, St. Lucia Zouks and Jamaica Tallawahs. The 2020 tournament will take place between August 19 and September 26.