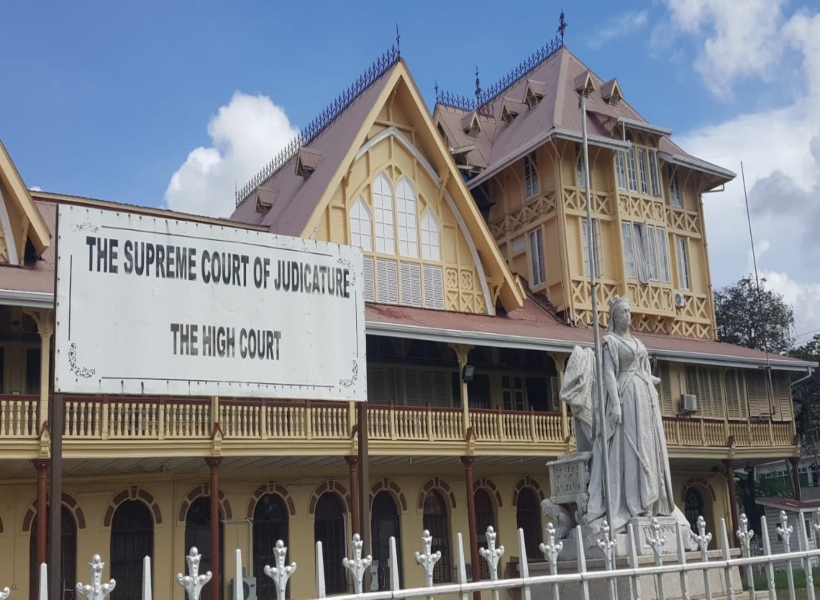 The judiciary has refuted an article published in the February 02, edition of the Kaieteur News under the headline “Digital court registry crashes… No back-up system available”.

In a statement issued last evening, the judiciary made it clear that the title, content and conclusions arrived at in the article are incorrect.

In fact, the judiciary said, “It is unfortunate that the journalist responsible did not seek a comment from the Registrar of the Supreme Court or the Protocol and Communications Unit before going to print.”

In the article, it was stated that the digital court registry began experiencing problems sometime last year November, and has now crashed, with no backup system in place to retrieve pertinent court documents.

Also, in the article, prominent lawyer Sanjeev Datadin, expressed that he was unable to retrieve certain documents relevant to a libel case he is handling for Kaieteur News.

“All my efforts have been unsuccessful at this point and I don’t believe the registry can retrieve those documents,” Datadin was quoted in the article.

According to the statement, “The Supreme Court’s Information and Technology Department has been continuously engaged in maintaining and updating its servers to improve and preserve the Court’s electronic database and infrastructure.”

Against this backdrop, the Supreme Court admitted that the digital court Registry began experiencing a technical difficulty which has resulted in a temporary interruption in access to its electronic database.

“This does not mean that the Court’s digital systems have crashed. Our data entry and current electronic file uploads continue on a daily basis as we work to resolve the issue of access. The database is also secure and progress has been made with a view to accessing it,” the statement added.

The Supreme Court, neverthless, assures all court users that the Registry is fully operational. It has put a system in place to facilitate manual access by court users to public records in our custody.

“Any person who requires such assistance may submit the case reference numbers and years and any other relevant information to our counter-clerks in the Registry.”

Further, the Supreme Court said it wishes to advise that the digital recording and transcription services of the Courts outfitted with digital recording equipment are not affected by this technical difficulty.

“It is hoped that this provides much clarity and assurance to our valued court users. We ask for your patience and consideration as we work assiduously to resolve this issue,” the Supreme Court said.

The digital court registry became operable in 2017 and has enabled litigants to file and retrieve court documents in a more efficient manner.