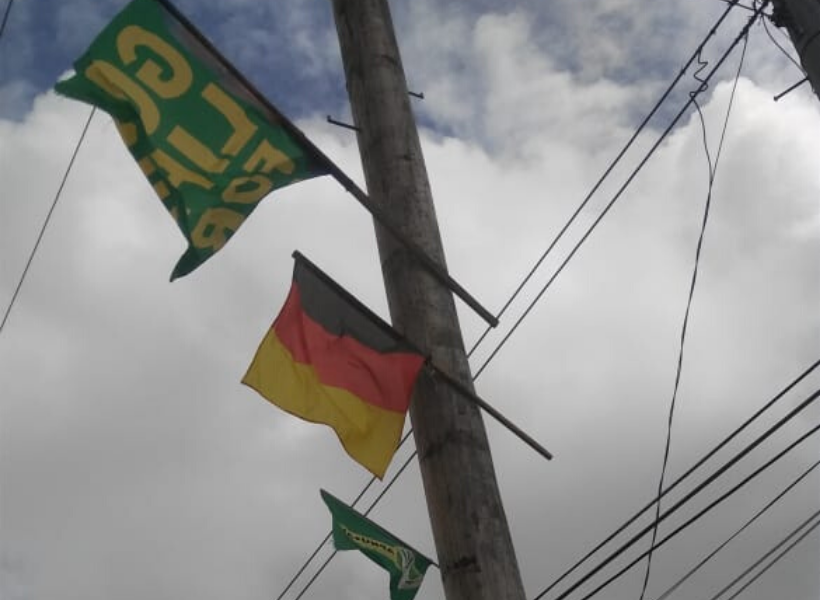 Political parties contesting the upcoming elections have subscribed to the Ethnic Relations Commission (ERC)’s Code of Conduct which prohibits, among other things, removing or destroying political paraphernalia of other parties.

According to the document seen by this publication, parties have agreed to the stipulation that forbids all actions aimed at removing, defacing, besmirching, obscuring, destroying, damaging or altering any flag, banner, poster, notice or other campaign materials of other Political Parties.

The People’s Progressive Party/Civic (PPP/C) and the A Partnership for National Unity + Alliance for Change (APNU+AFC) accused each other of removing paraphernalia. There are several videos and pictures being shared on social media that show these violations.

But this is not the only obligation political parties have given their ink of approval. They have also given their commitment to: “forbid the use of threats, harassment or tendency to violence that might cause disruption whether at political rallies, meetings, gatherings or elsewhere, or any other form of intimidation, including the use of violence and intimidation while political parties are announcing their activities, holding their meetings, gatherings and rallies.”

Harassment and intimidation have already been seen during this season. The ERC has been constantly issuing statements calling on parties – while referencing incidents and utterances made by the PPP/C and the Coalition – to campaign in a mature and peaceful manner.