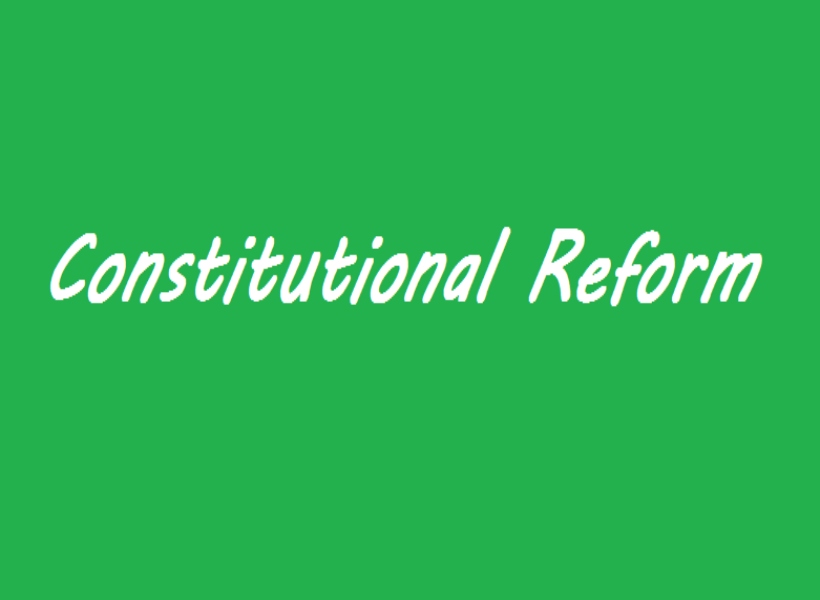 Efforts to achieve the reformation of the Guyana Constitution were thwarted as the government was faced with challenges including those stemming from the sugar industry, says Public Security Minister and Coalition Prime Ministerial Candidate, Khemraj Ramjattan.

He made this known during the launch of the A Partnership for National Unity + Alliance for Change (APNU+AFC)’s elections manifesto at the coalition’s Joint Campaign Headquarters, Lamaha Street, Georgetown, earlier today.

Ramjattan said that indeed the argument can be made that the coalition was unable to achieve Constitutional Reform. However, he sought to rationalise this by saying that the government had more pressing issues to deal with.

After assuming office in 2015, the APNU+AFC administration sought to restructure the sugar industry after it was revealed that tens of billions of dollars were being used to bailout the sector. Several estates have been shuttered since.

Ramjattan gave the assurance that the Constitutional Reform process will continue, and that the party will fast-track implementations after wide consultation, expert advice and parliamentary approval.

The AFC Leader noted that several recommendations were made to Constitutional Reform Consultative Commission, headed by former AFC member Nigel Hughes, and should the coalition be re-elected, it will have to “itemised and inventorise” those suggestions to ensure the best method for implementation into the Constitution.

He noted that this approach is needed since the execution of some recommendations requires support from the majority or two-thirds of the National Assembly. Some even require referendums, he added.

Speaking also on the issue, was the coalition’s leader and incumbent President, David Granger, who said that the issue of Constitutional Reform has been going on for over 20 years. He said that the process had to be “diverted or abridged” under the previous administration “for some reason or the other”.

“It is an extremely complex process, and we intend to complete it. It hasn’t been halted, but for various reasons, it has not been able to make as much progress as we want to make…Bare in mind, that it has passed through about three Attorneys General under the PPP[/C] (People’s Progressive Party/Civic) administration without success, and we have been grappling with it and we intend to bring it to conclusion during our next tenure of office,” the president said.