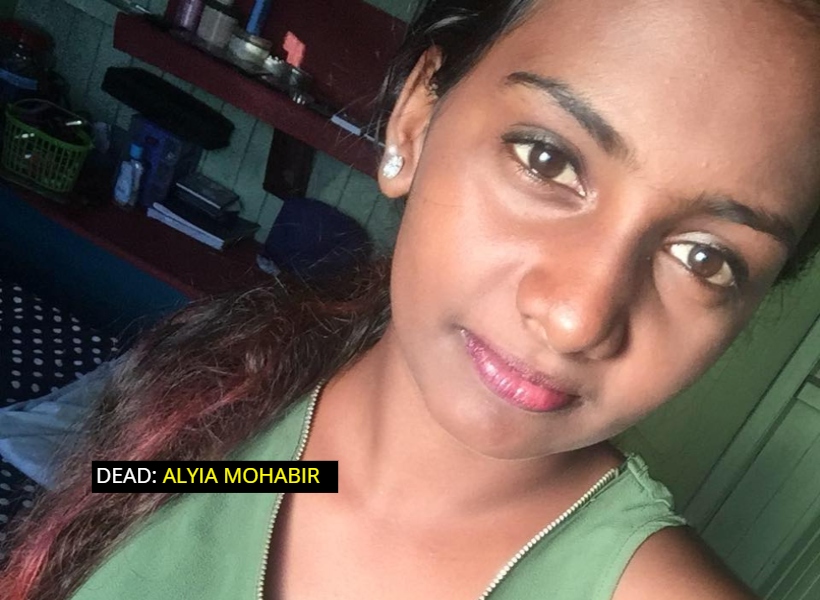 Sixteen-year-old Alyia Mohabir, one of the three children struck down in an accident on the Bushlot Public Road, Corentyne, Berbice yesterday, has succumbed to her injuries this morning at the Georgetown Public Hospital Corporation.

They are both hospitalized at the New Amsterdam Hospital, nursing broken limbs. The deceased was accompanying her sister to school when the accident occurred around 12:15pm yesterday.

The driver has been identified as a 31-year-old resident of Number 72 Village, Corentyne, Berbice. He was driving motorcar, PXX 5165 when he collided with the three children. He has since been detained.

According to information received, the motor car was proceeding east along the northern carriageway of the road when the driver alleged that a school child who was standing on the southern side of the road ran across his vehicle to get to the opposite side.

To avoid a collision, the driver said that he swerved from the child but ended up colliding with the three children who were standing on the roadway.

Alyia Mohabir was picked up in an unconscious condition whilst Aneela Mohabir and Rashanie were conscious. They were rushed to the hospital where the 16-year-old succumbed.