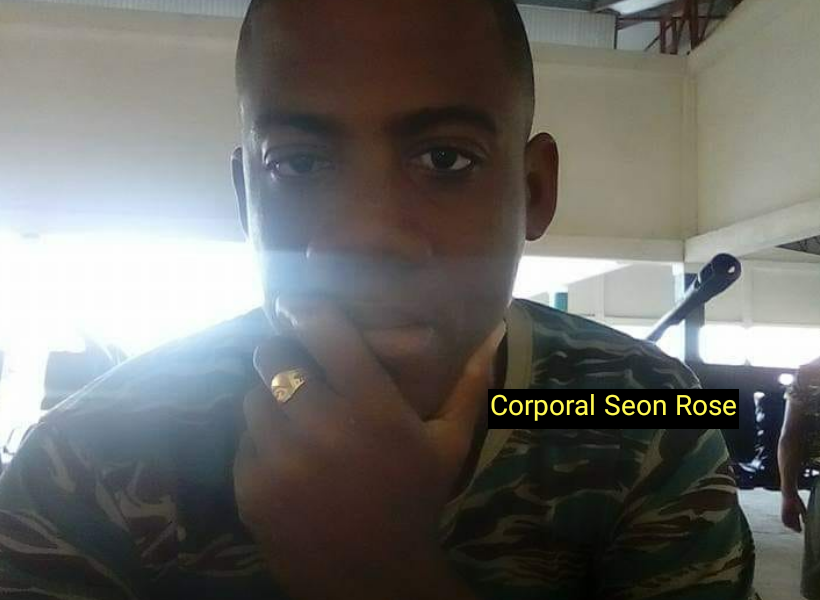 The Corporal was injured when fireworks that were meant to celebrate Guyana’s 50th Republic Anniversary last night went off aback the Guyana Defence Force (GDF)’s Coast Guard base in Ruimveldt, Georgetown.

Several other ranks were injured and are hospitalized at the aforementioned hospital. They are Terrence Neils, Gordon Cornette, Isiah Gordon, Trevon Joseph, Victor Low, Attorney Cort and Delroy Baird.

The GDF ranks were loading fireworks from a truck onto a pontoon which they were going to take close to the Stabroek wharf for display but there was a spontaneous combustion.

In a statement, President David Granger expressed heartfelt sympathy to Corporal Rose’s wife, Mrs. Tamica Rose, other relatives and friends and the entire GDF fraternity. He thanked the staff of the GPHC for their tireless efforts to save Corporal Rose’s life and for their continued treatment of the other injured ranks

Corporal Rose enlisted in the GDF on September 7, 2008. An investigation has since been ordered to determine how the fireworks went off.