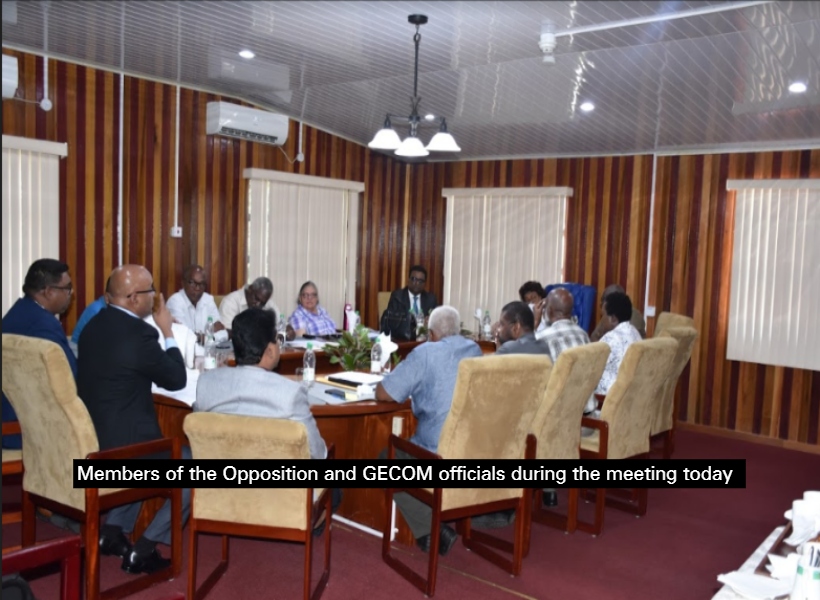 A polling place can be one location that accommodates several polling stations. Given the concerns about congestion raised after the Guyana Elections Commission (GECOM) decided to cut down on the number of private residences being used as polling stations, the elections body has agreed to relocate some of these stations.

According to Opposition-nominated Commissioner, Sase Gunraj, the Commission met with PPP/C leaders today to listen to their concerns over the reduction. During that meeting, the party complained that by reducing the use of private residences, it will be difficult for voters to access polling stations on elections day. The party, as well as other civil society groups, felt that this decision was going to disenfranchise persons.

“I’m happy to report that we took decisions this evening that will resolve all of those issues,” Gunraj told media operatives outside of GECOM this evening.

He said that he paid a visit to the Mon Repos Primary and Nursery schools over the weekend, where it was discovered that eighteen polling stations are in a “fairly small place”. He said that would have created a “nightmare” for voters.
The commissioner reiterated his position that while he agrees that there should be a reduction in the number of private residences being used as polling stations, “logistics and efficiency and accessibility by voters cannot be sacrificed”.

Gunraj said that he is happy that these changes are being made.

Where these polling stations will be relocated is to be decided by the Chief Elections Officer (CEO), Keith Lowenfield, who will do so “taking into consideration the logistics of the area; the distance that a voter will have to travel”, Gunraj said.

He did not rule out the use of tents either, noting that those are part of GECOM’s “arsenal”.

Meanwhile, government-nominated Commissioner, Vincent Alexander, said that Lowenfield will have to look into these matters based on the principle to reduce the number of private places.

The matter was not put to a vote, Alexander said.
These 12 polling places are located in Mon Repos and Foulis villages, on the East Coast of Demerara, and Chesney village, Corentyne.