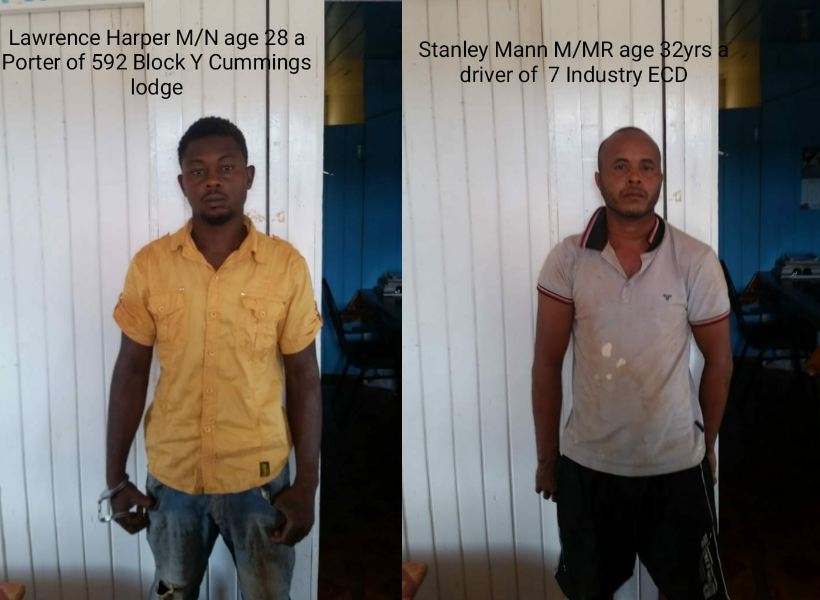 Two men who were caught with 15 lbs of ganja, were today sentenced to four years’ imprisonment for the offence.

The men, twenty-eight-year-old Lawrance Harper, a porter of 592 Cummings Lodge, East Coast Demerara and thirty-two-year-old Stanley Mann , a driver of 7 Industry ,East Coast Demerara, appeared before Magistrate Wanda Fortune at the Linden Magistrate’s Court where they were slapped with two charges each.

The first charge stated that on April 18, 2020, at Mabura, Upper Demerara River, they had in their possession sixty thousand eight hundred and eighteen(6,818) grams of cannabis for the purpose of the trafficking.

It was further alleged that on the same day and at the same location, they had in their possession 89 grams of cocaine for the purpose of trafficking.

Both men pleaded guilty to the charges after they were read to them.

Hence, the Magistrate sentenced them both to four years behind bars and fined them $240,300 each.

The sentences will run concurrently so they will only spend two years in prison.