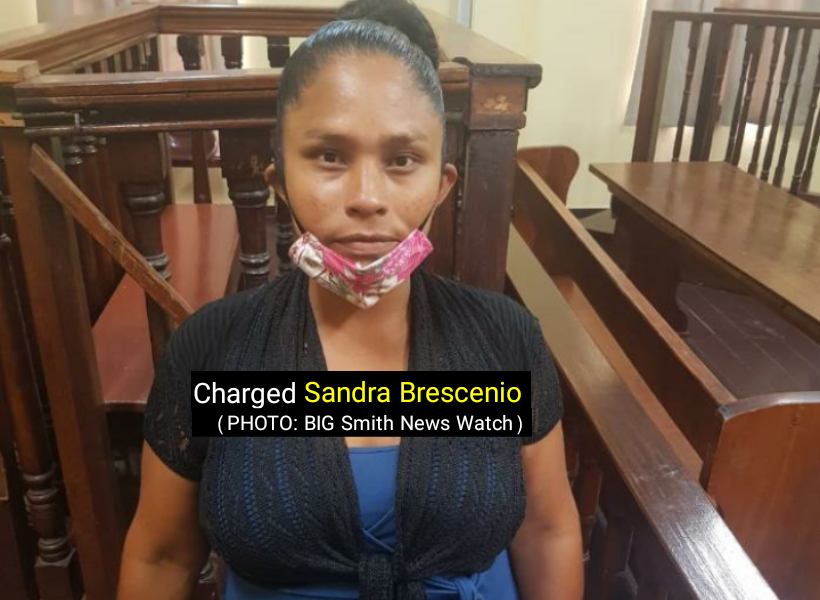 A pregnant mother of four, Sandra Brescenio, was last week placed on $300,000 bail after she was charged with manslaughter over allegedly killing her abusive husband.

However, the woman has been remanded to prison since she cannot afford to pay the hefty bail; she does not even have a lawyer.

Montaque, in an interview with Guyana Standard this morning said, “We have all intention to fight this case and get this woman acquitted based on her situation and that she acted in self defense.”

She noted the children are currently in the care of Brescenio’s mother who is not financially stable.

On an even more serious note, she said she is pleading with persons to desist from violence- “we are going to stand with women who find themselves in situations like these.”

The woman, who is five months pregnant was not required to plead to the indictable charge which stated that on April 12, 2020 at Canabali, Barima/ Waini River, North West District, she unlawfully killed her reputed husband, Clarence Williams.

According to information, on the day in question, the woman was dragged from a church by her husband who demanded that she goes home to cook his food.

It was reported that while cooking, the man began to choke her and threatened to throw her into a fire that was being used to prepare his meals.

The woman at the time was forced to defend herself from her abuser who was drunk. It is alleged that she picked up a knife and stabbed him. The injured man was rushed to the hospital where he succumbed to his injuries.

Those desirous of contributing towards Brescenio’s cause can contact UBBM on +592- 667-4640. UBBM was founded 27 years ago by Montaque, a former policewoman.

Its aim is to provide support to persons affected by HIV/AIDS, to empower women and youth, and to advocate against domestic violence.

UBBM began operations out of the USA and later expanded its services to Guyana, operating out of 81 John Street, Campbellville, Georgetown.