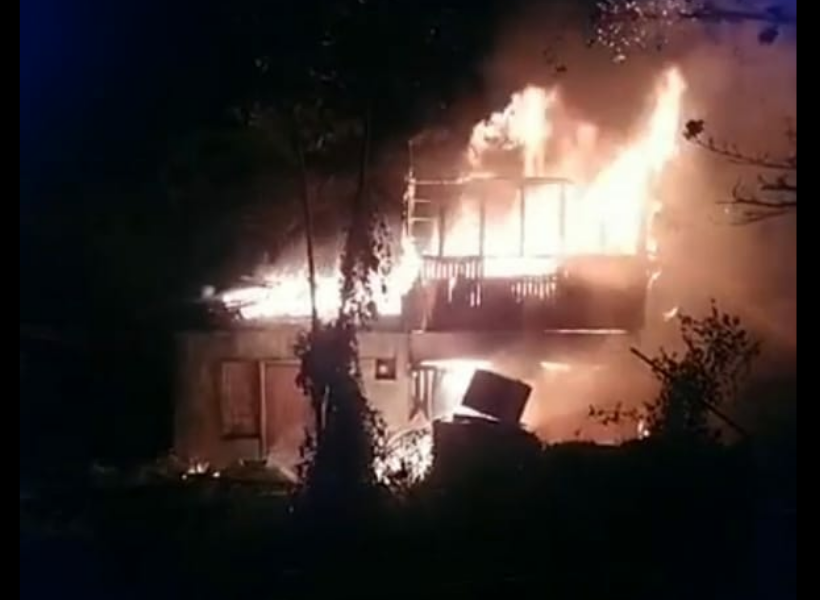 A two-storey house was destroyed by a fire this evening and its lone occupant is alleging that it was an act of arson.

Stephan Clarke was residing at the property when it went up in flames just after 20:00 hrs today.

Clarke said that he had just left the house and went to get food when someone informed him that there was a fire.

“There was no electricity there to cause the fire and I don’t cook so there was nothing in that house to start a fire,” the elderly man said. He claimed that the house was a “family house.” The original owner died and it was passed down to the children. A will was never prepared.
Clarke told investigators that the fire was deliberately started. He explained that someone turned up at the house recently and informed him that it had been sold and he (the individual) was instructed to dismantle the building.

Clarke further revealed that when he inquired from his relatives overseas, they claimed that the house was never sold.

“They start this fire to get me out,” he claimed. There is presently no evidence to suggest the origin of the blaze.