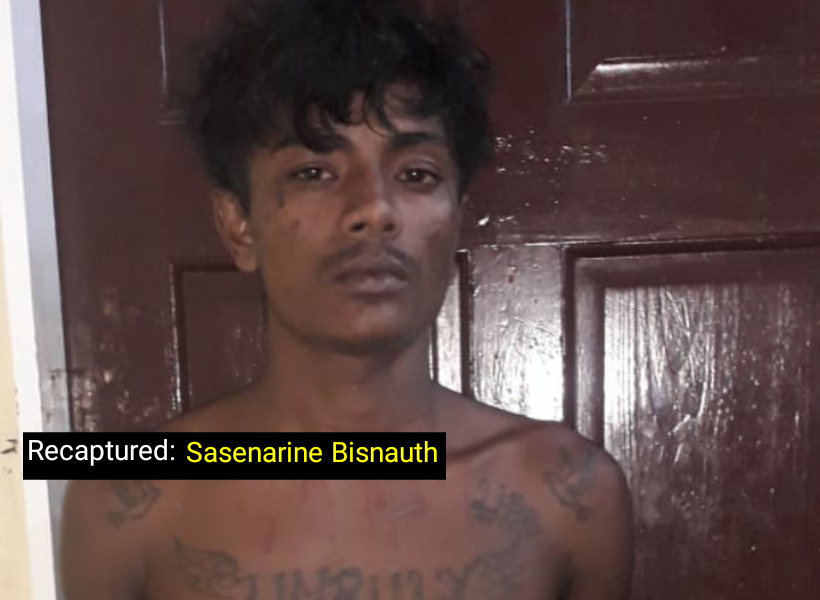 Bisnauth, who was on remand for several robberies and robberies under arms charges, was nabbed around 20:30 hrs last night in the cane fields aback of Beterverwagting Sideline dam, ECD. He was armed with a cutlass but did not attack the ranks.

Those that remain on the run have been identified as Anthony Padmore, 26, of Ogle Street, Beterverwagting, ECD; Kenraul Perez, 26, of Mabaruma, North West District and 32-year-old Ganesh Dhanraj of Parika, EBE.

The four men jumped the eastern fence of the Lusignan Prison and escaped during heavy rainfall on the morning of April 20, last.
Anyone with information of the whereabouts of the escapees is asked to contact the nearest police station.