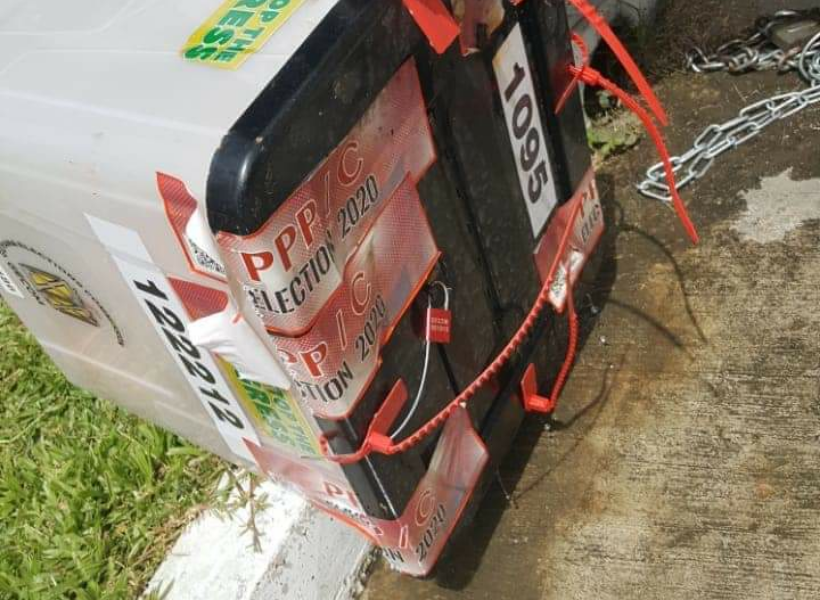 The Guyana Elections Commission (GECOM) has begun the recount of votes that were cast in Electoral District Five (Mahaica/Berbice) during the March 2 General and Regional Elections. Today is Day Nine of that process.

Public Relations Officer (PRO), Yolanda Ward reported moments ago, that as at 2pm, some 28 boxes would have been completed.

GECOM commenced the recount nine days ago with a total 2,339 boxes, with Region One (Barima/Waini) accounting for 99. Thus far, 98 boxes have been completed for this region. The box that is left to be counted is the one that was reported to have been soaked after a hole was discovered next to it in the intermodal container in which it was being stored.

The Commissioners, after their meeting today, decided that the contents of that box be emptied, and placed in a secure spot to dry.
Ward anticipates that the box can be processed later this afternoon. This, however, depends on the condition of the contents and whether the figures represented therein, is discernable.

No decision has been taken regarding the course of action that would be employed should the data prove to be undiscernible, Ward said.
The two workstations that were assigned to recount Region One ballots have now begun counting the ballots cast in Region Five.