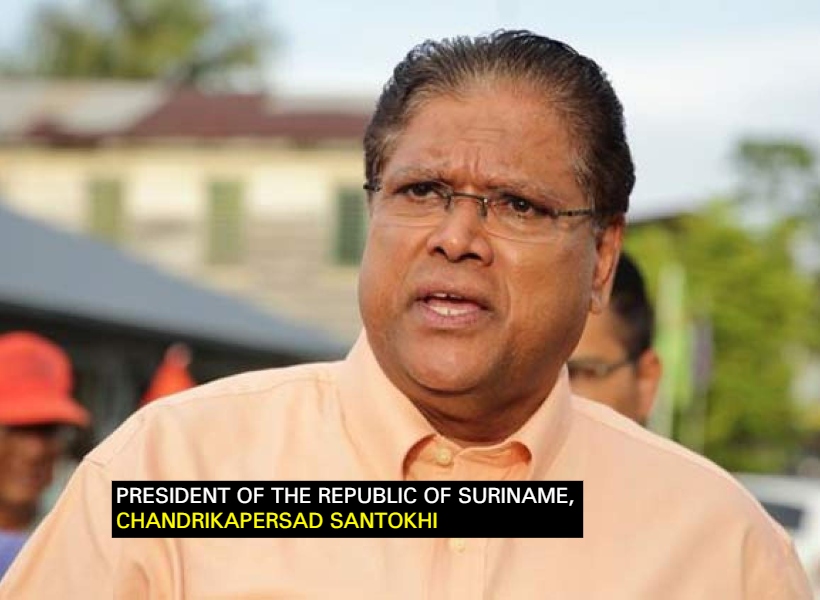 Historically, Guyana and Suriname have always enjoyed a mutually beneficial relationship. But the recently installed President of Suriname, Chan Santokhi, is determined to build on this well-established foundation. Speaking at a press conference that was held this morning at State House, Santokhi said that he held discussions with President Irfaan Ali following his inauguration, and it was clear that they share a common vision and passion for developing their nations.

The President of Suriname said that the government should facilitate the private sector so there will be increased cooperation between the two nations on these matters. He also wants to deepen the relations at the community level. In this regard, he explained that there is a large Guyanese community in Suriname as well as several Surinamese businesses here.

“Those things are key elements on which we should build on with policy, structure and new energy and by including all the other sectors,” the President expressed. He said, too, that these aspirations will be placed into a formal agreement that will be signed soon while noting that targets will be achieved within weeks and not months.

Further to this, the President highlighted that Guyana and Suriname have a lot in common in natural resources, culture, and history. With this in mind, he said that the people of both nations have a bright future while noting that it can be supported by the sharing of information. In addition to this, the Head of State said that there are opportunities for Guyana and Suriname to reap economic benefits by investing in the green and blue economies. The former tends to focus on the sectors of energy, transport, sometimes agriculture and forestry, while the latter involves the fisheries sectors and marine and coastal resources. Both incorporate strategies to address climate mitigation and adaptation.

The Head of State said, “…What we know is the oil and the gas…But there is more in the green economy, in the blue economy, there is more under the sea and a new opportunity waits for us to explore it.”

In light of the foregoing, along with other matters that were addressed during dialogue with the private sector and the diplomatic community, Santokhi said that the steps taken by himself and the President of Guyana should signal to all that they are prepared to work day and night in the best interest of their people.