Home News Gov’t to spend over $1B to provide training, scholarships – Minister Parag 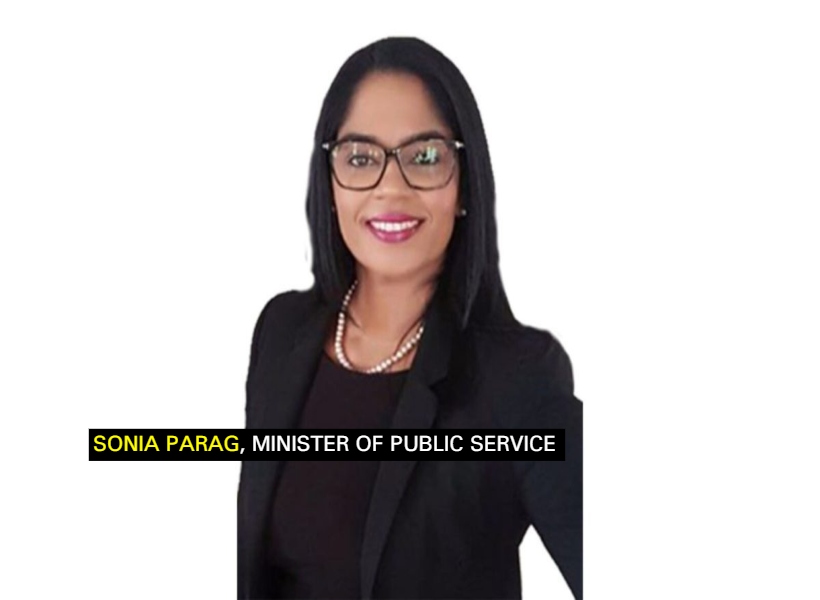 The Government is committed to the personal and professional growth of public servants. To this effect, $1.013B will be spent to provide training and scholarships, says Public Service Minister, Sonia Parag.

“The Budget will also cater for the modernisation and professionalism of the public service,” she said.

Further, a broad-based consultation is underway to modernise the public service rules – a venture never undertaken by the former administration.

The Minister said the Budget would ensure, “public servants are safe and secured in their jobs and that their welfare will always be taken care of.”

Regarding training and scholarship opportunities, Minister Parag said public servants and applicants from the wider public would be given an equal and fair opportunity to capitalise on offers from the Ministry.

“No area that is a developing area in the sectors across the country will be left behind in training and scholarships,” Minister Parag stated.

Additionally, the National Assembly heard that the scholarship link for the Public Service Ministry is poised to see upgrades.

Minister Parag announced that the website would be made more user friendly to “allow for better application analysis, reporting and management of scholarships.”

She also disclosed that there were more than 700 applications for scholarships since the new Government took office last month, compared to the 500 that were processed for 2019. Sixty-eight of the recent applicants are from hinterland communities.
Minister Parag announced that in three weeks the Government would keep its pledge to Guyanese on international scholarships with much-needed aid amidst the COVID-19 pandemic.