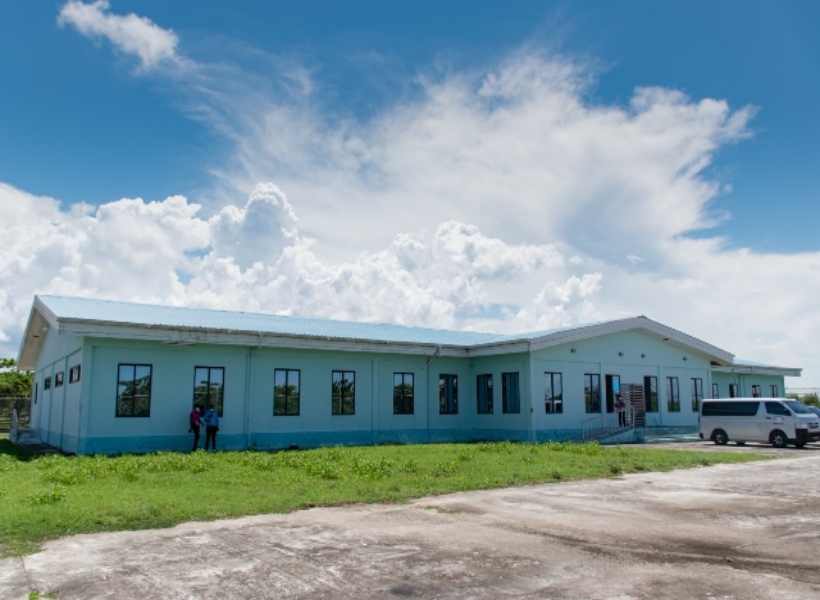 The Ministry of Labour and the Board of Industry and Training (BIT) have plans to turn an abandoned call centre at Tuschen, East Bank Essequibo, into a training centre to impart marketable skills to persons in Essequibo Islands-West Demerara (Region Three).

Keeping the original purpose of the structure in mind, the BIT will primarily run a range of information and communications technology (ICT) training programmes.

BIT Chief Executive Officer (CEO), Richard Maughn disclosed that some of the programmes will include website designing and application development.

Other programmes may include cake decoration, cosmetology and sewing. The agencies are also considering expanding the services to include residents from Region Two, since the building lies close to the Essequibo River which borders the regions.

The CEO said the Centre will cater for the development of youth, single parents and retrenched workers.

Meanwhile, Labour Minister Joseph Hamilton explained that construction of the building had started under the previous PPP/C Government, but it was mostly inoperable during the Coalition Administration.

Following the passage of the 2020 Emergency Budget, the Labour Ministry moved immediately to determine how to rehabilitate and re-establish the building as the Tuschen Training Centre.

“In our budget proposal we have some resources budgeted to bring to this building, such as computers and all the other [equipment] and we hope to start procuring them in the next couple of weeks so we can start,” Minister Hamilton said.

The building is likely to be ready for usage by 2021; however, Minister Hamilton hopes training could start sooner.

“Our intention is to see if we can run some programmes before the end of the year, that is what we’re pushing for,” he said, adding that the building already has most of the necessary infrastructure. (Extracted and modified from the Department of Public Information)