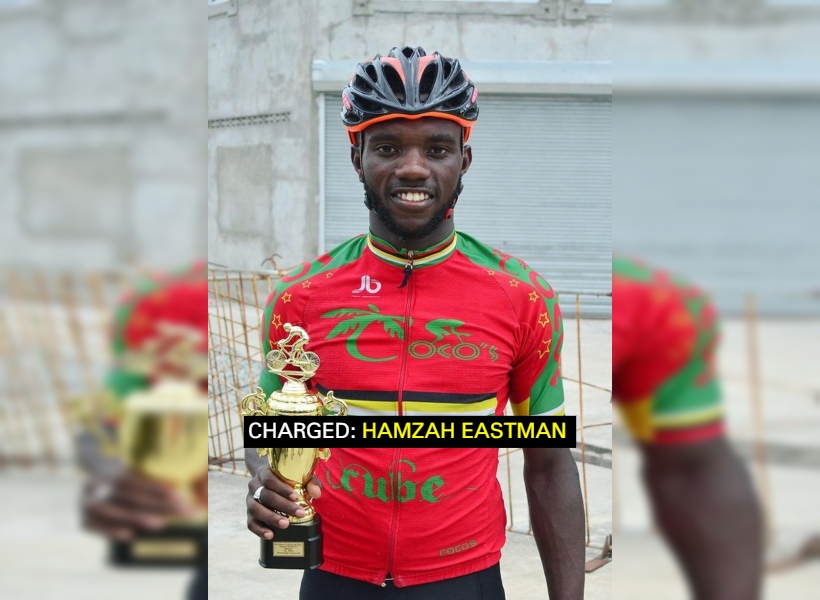 Former national cyclist Hamzah Eastman, who was remanded to prison on two firearm-related charges, was on Thursday last released on $150,000 bail by the High Court.

Eastman was charged on November 10, 2020, but was remanded to prison by Magistrate Leron Daly in the Georgetown Magistrates’ Court. The matter was adjourned to November 27, 2020, for report and disclosure.

As a result, Eastman, through his lawyer Bernard DaSilva moved to the High Court.

It is alleged that on November 7, 2020, at Cane View Avenue Roxanne Burnham Gardens, he had a .32 revolver in his possession when he was not the holder of a firearm license.

It was further alleged that on the same day at the same location, he had four .32 live rounds of ammunition in his possession when he was not the holder of a firearm licence.

In his grounds for his client to be granted bail, DaSilva said that on the day in question, Eastman was standing with a group of friends on the road when a Police vehicle drove past them. He added that the vehicle stopped a distance away before reversing.

Upon seeing this, DaSilva said that Eastman’s friend left the scene, leaving him alone. The lawyer stated that the police found a gun a short distance away from where Eastman was standing.

The Police then asked the former national cyclist to provide the personal information about his friend, which Eastman was unable to provide.

According to the court document, the ranks became upset and told Eastman that he would have to take responsibility for the gun since he was covering for his friends.

It is against this backdrop that DaSilva urged the court to release his client on bail, given that he might not be able to be tried in a reasonable timeframe.