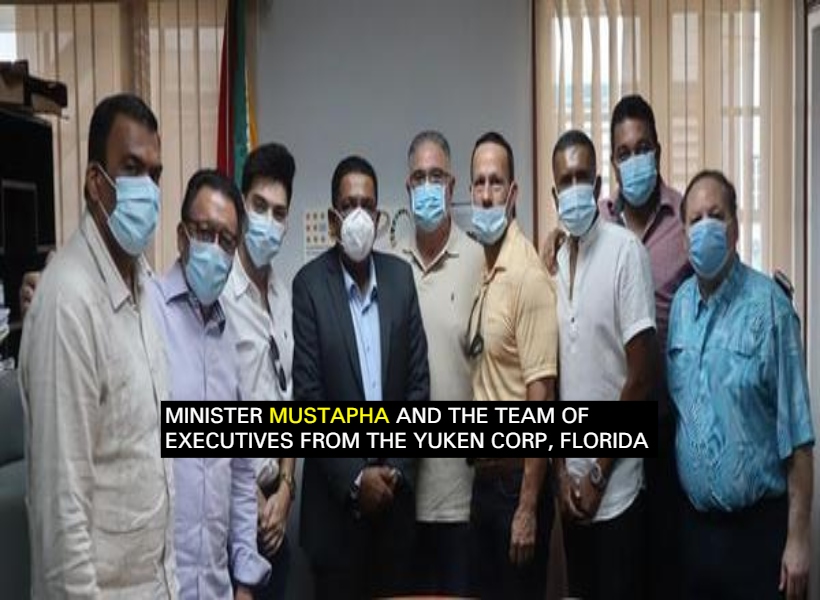 Earlier today, Agriculture Minister, Zulfikar Mustapha met a team of executives from the Yuken Corp from Florida to discuss areas for investment in Guyana’s agriculture sector.

During the meeting, the group discussed investments in corn, soya bean, fish, sugar, among others.

Minister Mustapha said that with the incentives being offered for corm and soya bean, more and more investors are showing an interest.

“Apart from the traditional or more popularly cultivated crops, daily we are receiving letters of interest from a number of investors, both locally and internationally, for corn and soya bean cultivation. Given the fact that we are working to improve our poultry and fisheries sectors, Government took a decision to give special incentives immediately to these two crops since they are primary ingredients in animal feed,” the Minister said.

He noted that Guyana annually imports about 40,000 tonnes of corn and soya bean which amounts to about US$24 Million.

“With these investments coming on stream, we will also see an increase in employment and further development of the sector and the economy,” Minister Mustapha said.

Jayson Baboolall, the Guyanese native heading the team from Florida, said that given the new environment for investments in the country, he is excited to start the groundwork to see this project develop. He added that he was always interested in returning to Guyana to invest and now that the “red-tape” on investment seems to be a bit more relaxed, investments in several sectors should be anticipated.