Leader of the main Parliamentary Opposition, Joseph Harmon says that he cannot meet with Canadian High Commissioner, Lillian Chatterjee on Wednesday because of “political commitments”.

While wishing the diplomat well on her reassignment to Barbados, Harmon was quick to point out “a matter of concern” regarding the departure of Alliance for Change (AFC) Member, Charrandas Persaud back in December 2018. Persaud fled the country citing safety concerns after he voted against his own party during a no-confidence motion that reduced the David Granger-led regime to a caretaker administration.

See copy of letter below: 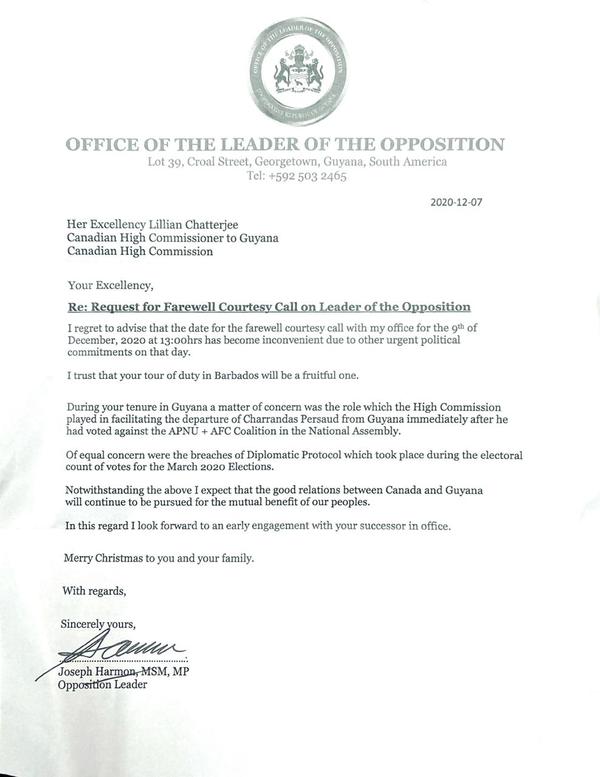