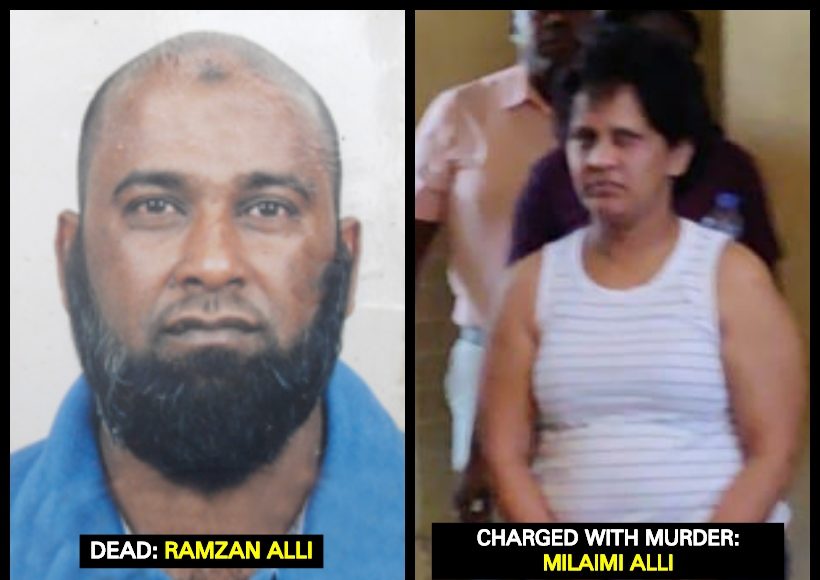 After spending the last 20 months on remand for her husband Ramzan Alli’s 2009 murder, 50-year-old Milaimi Alli, had the murder charge withdrawn by the Director of Public Prosecutions (DPP) Shalimar Ali-Hack.

Alli was on trial before Senior Magistrate Fabayo Azore in the Vigilance Magistrate’s Court.

She was not required to plead to the charge, which alleged that between July 11 and 12, 2009, while being in the company of another, she murdered her husband at Coldingen Railway Embankment Road, East Coast Demerara (ECD).

When the case was called on Monday, the court was advised that the DPP has withdrawn the murder charge. As a result, the Magistrate was inclined to discharge the matter. Attorney-at-law Bernard DaSilva represented Milaimi.

Milaimi was arrested on April 4, 2019, at the Cheddi Jagan International Airport (CJIA) after an arrest warrant was issued for her on April 1.

Ramzan Alli was allegedly struck to the head and suffocated while asleep and stuffed in a car trunk by his wife and her lover, police say.

Her lover, Zaheed Mitchell, a 38-year-old driver of Foulis, East Coast Demerara (ECD), was charged with the crime. His Preliminary Inquiry (PI) is currently ongoing.

According to information, Alli’s vehicle was discovered in Coldingen, East Coast Demerara (ECD), hours after being murdered. A post mortem examination revealed that he died from asphyxiation.

The investigation into his murder was recently reopened after Mitchell told police how he and the woman murdered the businessman while his children were sleeping in their respective rooms and then got rid of the body.

Back in 2009, both the woman and a taxi driver were arrested, but they were released due to lack of evidence.