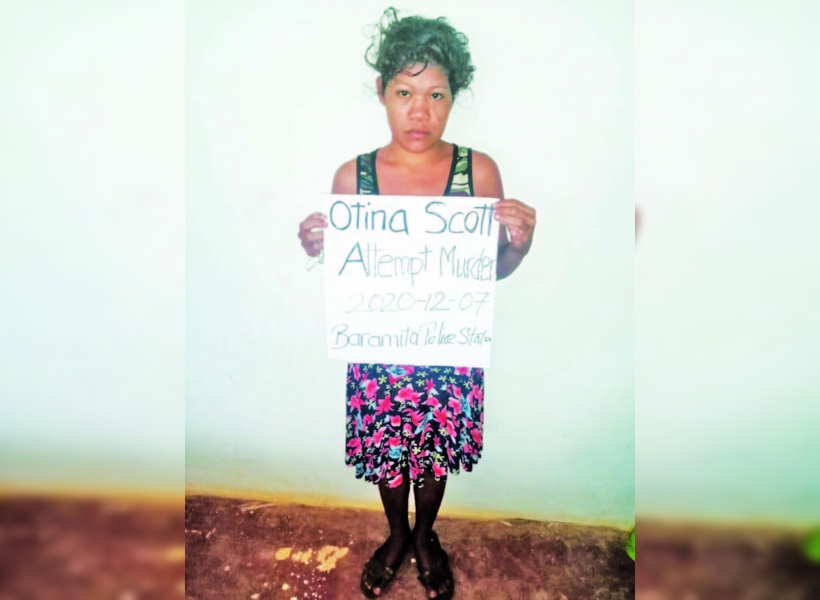 A 24-year-old woman was yesterday slapped with an attempted murder charge after allegedly stabbing her drinking buddy with a broken bottle.

She was not required to plead to the charge, which alleged that on December 4, 2020, at Barama Line, Baramita, North West District, she attempted to murder 25-year-old Joanna John.

Reports are that the two women were imbibing at a shop at Barama Line, Baramita Village, North West District, when an argument ensued between them.

During the argument, the accused armed herself with a broken bottle and dealt John several stabs about her body. John then fell to the ground bleeding profusely.

The police were summoned to the scene, and John was picked up and rushed to the Baramita Health Post, where she was admitted as a patient.

However, due to the severity of her injuries, she was transferred to the Georgetown Public Hospital Corporation (GPHC).