Police have arrested a man, who reportedly burnt his wife and two children in their Four Miles Squatting Area, Bartica house on Saturday night. 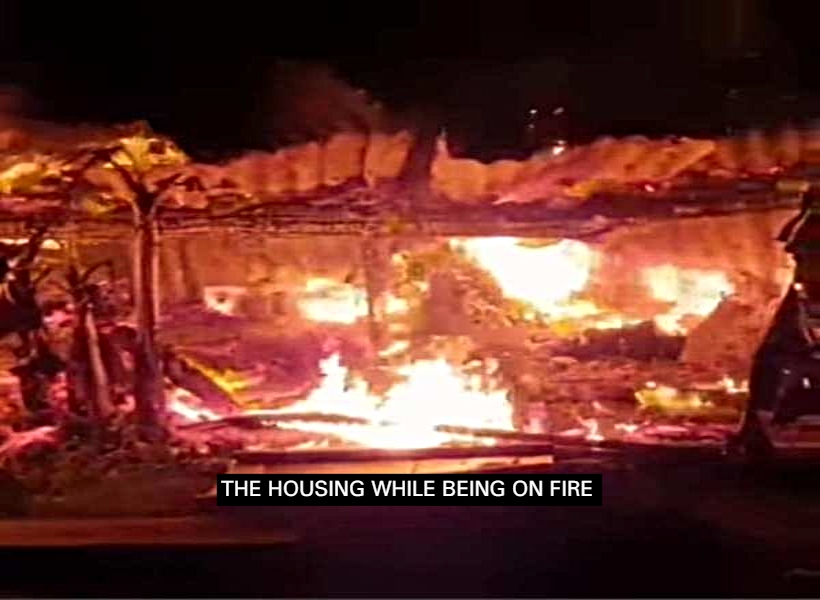 Those who perished in the fire are Carolina Kennedy, 48, Mariana Downer, 5, and Gabriella Kennedy, 3. The incident occurred at about 21:30 hrs.

Enquiries revealed that at about 21:30 hrs, an unknown caller contacted the Bartica Police Station and reported a fire at the address mentioned above.

As a result, lawmen, along with fire tenders, were dispatched to the scene and, upon arrival, saw a small wooden structure completely engulfed in flames.

When the fire was extinguished, what appeared to be the charred remains of three (3) human beings were found in the southeastern corner of the house, police said.

The remains were subsequently removed and taken to the Bartica Hospital Mortuary.

Based on information received, a search was launched for the suspect, and he was found in the bushes in close proximity to the house.

He was arrested and escorted to the Bartica Hospital, where he is presently admitted for minor burns to his feet. Investigations are still ongoing.

Meanwhile, residents in the area, including the Mayor of Bartica, Gifford Marshall, have expressed shock at the situation and are trying to grapple with the sad reality.

In a Facebook post, Marshall said, “What I witnessed was beyond comprehension. Little Mariana Downer, 5yrs, and her sister 3 yr old Gabriella Kennedy did not deserve to die the way they did. Their mom Caroline Kennedy, I’m certain was looking forward to spending the holidays with her dear daughters.”

He added, “Like Mariana and Gabriella, she did not deserve to die in that tragic manner. It is cruel and heartless to kill your spouse, but a father who kills his daughters is not human. Our prayers are with the relatives, friends, and the entire four miles community.”