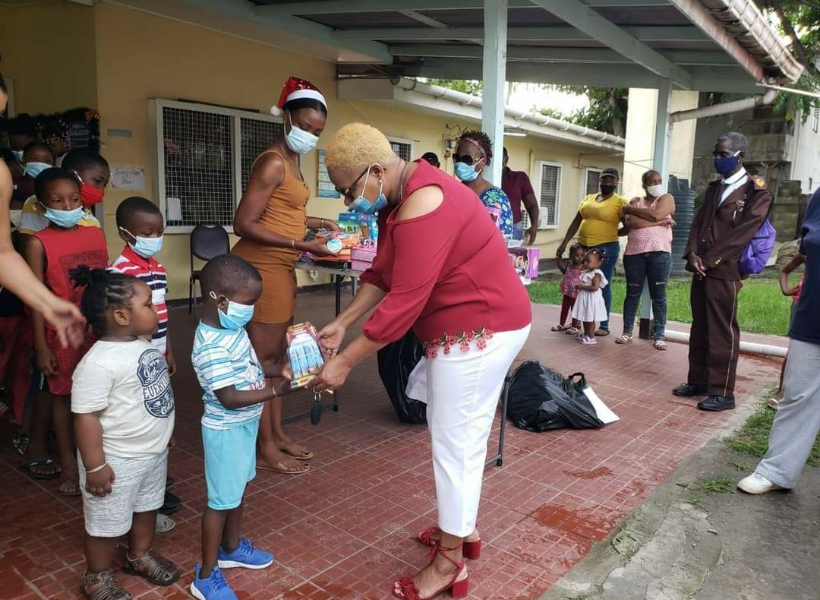 Excitement filled the air in the communities of East and West Ruimveldt on Saturday December 12, 2020 as the People’s National Congress Reform (PNCR), Georgetown District conducted a toy distribution exercise.

Mrs. Lawrence noted that this annual exercise is in keeping with the commitment by the party’s Georgetown District. She added that this year, the number of toys to be distributed has increased from 700 to 900 which will ensure more communities in Georgetown benefit from the exercise.

Mrs. Lawrence expressed gratitude for the support received from Friends in Washington D.C.
Guyanese men and women who enjoy the smiling faces of our children.

The team will be sharing Christmas cheer in other areas during this week.