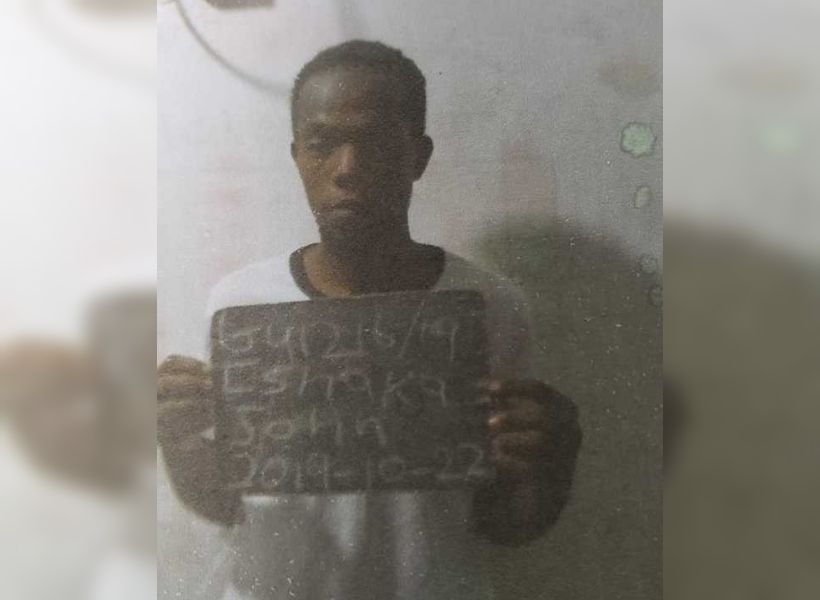 Ranks of the Guyana Police Force (GPF) on Wednesday, recaptured murder accused Ishaka John after he escaped from the Lusignan Prison on the East Coast of Demerara (ECD).

According to Director of Prisons (ag) Nicklon Elliot, the 25-year-old fugitive was found at Mon Repos Line Top, ECD, at about 20:00 hrs.

“The Prison Administration would like to express thanks to the ranks of the Guyana Police Force for their commitment and dedication that led to the speedy recapture of the prisoner,” Elliot said.

John escaped from the Holding Area at about 02: 28 hrs on Wednesday morning.

Guyana Standard had reported that John was seen by three ranks of the Guyana Police Force (GPF) and the Guyana Prison Service (GPS) as he was on top of the fence.

As a result, several shots were fired in an effort to apprehend him, but he continued to run in an eastern direction between towers four, five, and six.

John was charged for the murder of 32-year old Jason Jabharry Bowen, who was strangled to death with a belt on October 12, 2019.