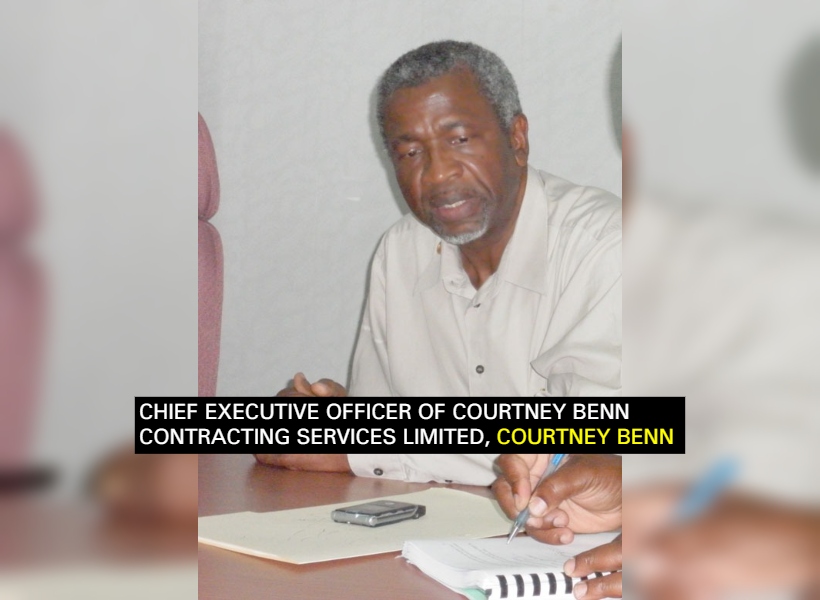 Courtney Benn Contracting Services Ltd and a company to which it has close ties—Compustruct Engineering Inc. owe the State $212 million. The money was flagged by the Auditor General as outstanding since 2016. As a result, the Ministry of Public Works has taken the decision not to allow contracts to be issued to those companies until such time that the money is paid.

This was revealed earlier today during a sitting of the Public Accounts Committee (PAC).
The Auditor-General, in his 2016 report, stated that Courtney Benn was overpaid $120.6M for preparatory works for upgrading of the East Coast Demerara Highway from La Bonne Intention to Beterverwagting.

At the end of 2016, the company owed the Government $110M. But by the end of 2017, the contractor paid $10M. The report states that the contractor was written to make restitution of the outstanding debt on 11 September 2019 and 29 January 2020. However, no response has been received to date.

Even as he was keen to note that the incident did not occur under his watch, Ministry of Public Works Engineer, Nigel Erskine told the PAC that the contract was awarded for the construction of a reinforced concrete revetment on the northern side of the road. However, because of the difficulty sourcing the material, the scope of the contract was changed and the project became for a timber revetment. He noted that timber is much cheaper and that is what accounted for the overpayment.

Courtney Benn was written to several times but still hasn’t paid any of the money in recent years.

Public Works Permanent Secretary, Vladmin Persaud explained that the refusal to repay the money has caused the ministry to block contracts from being awarded to the company. After concerns were raised about his authority to do this, Persaud explained that he did not go through a debarment process but exercised a right provided for within tender documents.

Persaud was not the PS when the money was overpaid. He only took up that job last year.
Similarily, Compustruct Engineering Inc also owes the State $112M, accounting for money it has been overpaid. Guyana standard understands that this company has close ties to Courtney Benn Contracting Services.

Compustruct Engineering Inc was overpaid $132.6 but made a few small payments over the years.

Ministry of Public Works said that it has tried several times to get the company to repay the balance to no avail.

The Ministry has also forwarded a request to the Attorney General for actions to be taken against the contractor.