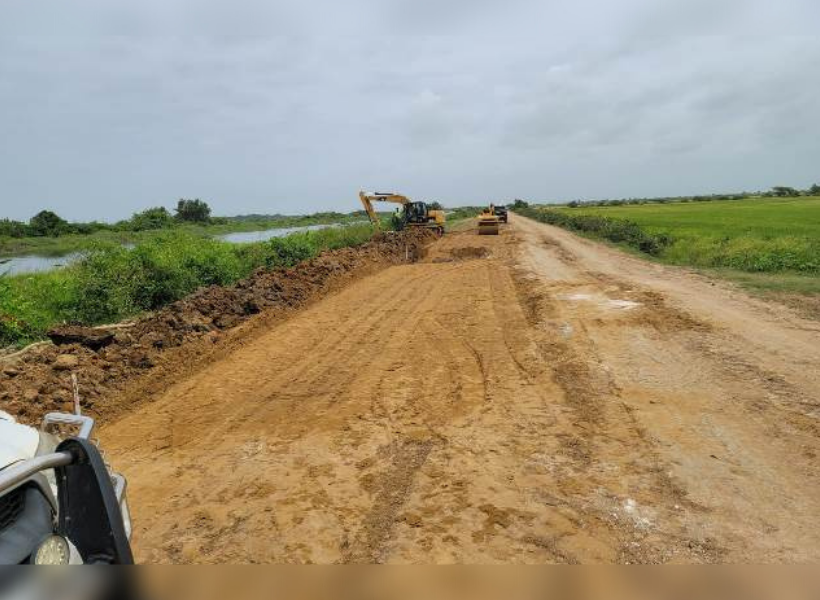 A total of five kilometers of the dam will be upgraded to an all-weather road and, once completed, would service over 12,000 acres of farmland and further heighten production in the scheme.

The contract, which was awarded to Romell Jagroop General Construction Services, is being executed at a sum of $328 million.

Minister Zulfikar Mustapha, during the sod-turning ceremony back in January this year, had stated that his Ministry was moving aggressively with resuscitating the sector, adding that the Government ‘means business’ when it comes to Guyana realising its full agricultural potential.

“Since taking office, persons in the area had expressed their dissatisfaction with the condition of the road and appealed to Government for some amount of relief. We know for a fact that the road is in a deplorable state and is impassable, especially during the rainy season. As a result of this, huge acreages of cultivated lands being inaccessible and this has affected the production of the farmers in the Scheme,” the minister had said.

He had also stated that if the government is looking to double agriculture production by 2025, farmers must have the necessary infrastructure in place to access their lands.

“The Government is very much invested in agriculture development in Guyana and will continue to invest heavily in infrastructure and other agents of agricultural development, not only in the MMA Scheme, but all across the country,” Minister Mustapha said.