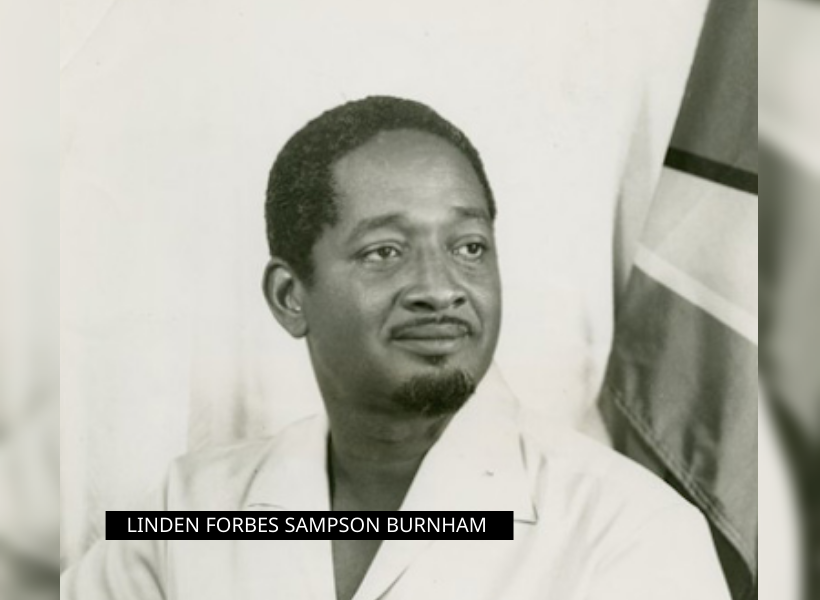 David Granger, Leader of the People’s National Congress (PNC) paid homage in a ceremony today to commemorate the 36th anniversary of the death of the Founder Leader of the PNC, and former President, Forbes Burnham.

See copy of statement issued by the party today:

Guyana memorializes the 36th anniversary of the death – on 6th August 1985 – of its first Prime Minister and Executive President and Founder of the People’s National Congress. We honour our Founder for:

. his vision, on entering office in 1964 at the age of 41 years, and his efforts to repair a fractured nation and restore social cohesion;

. his deep belief in the equality of women, ethnic groups, and social classes and for opening opportunities for children and youth;

. his zeal for educating the nation and for erecting nursery, primary and secondary schools and opening the University and the College of Education campuses;

. his plan to abolish shanties, slums, and squatter settlements by developing housing schemes and extending social protection of citizens through the National Insurance Scheme;

. his investment in bridges, highways, and sea defences and an international airport and a national airline;

. his resolute resistance to external aggression and quelling internal insurrection that threatened our territorial integrity; and

. reinforcing the solidarity of our Party by knitting groups together, not splitting them apart; by building up, not breaking down; by multiplying – not dividing and subtracting – membership and by suppressing schisms, factionalism and opportunism.

. Forbes Burnham Centenary Commemoration Commission, under the patronage of Mrs. Roxanne Van West Charles, to celebrate the bi-centenary of the Founder’s birth in 2023.

Forbes Burnham, who died at the age of only 62 years, bequeathed an immutable legacy to this nation. We have erected these intellectual institutions to impart his ideas to succeeding generations.󠄀󠄀