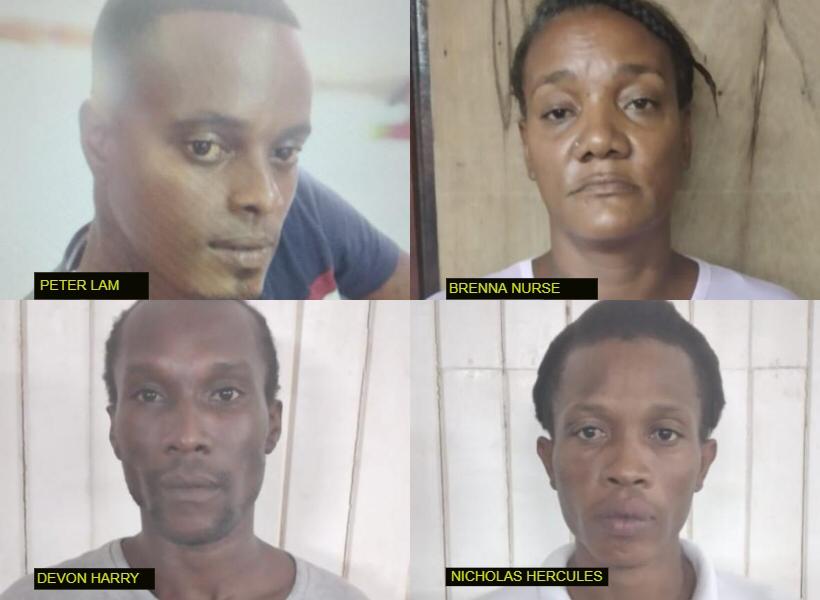 A woman and three men were today charged for the murder of Keon McPherson, whose body was found in a Sophia yard on Sunday last.

Nicholas Hercules called ‘Bucko’, Brenna Nurse, Devon Harry and Peter Lam appeared before Magistrate Alisha George at the Sparendaam Magistrate’s Courts this morning when they were charged with murder.

The quartet was charged in connection with the murder committed on Keon McPherson on August 15th, 2021. They were remanded until September 17.

It was previously reported that McPherson, a 24-year-old from ‘D’ Field Sophia, was said to be part of a triangular love affair. It is believed that his involvement in that affair led to his death.

It was further reported that on August 14, 2021, McPherson told his brother that he was going to’ C’ Field, Sophia. The following day, a woman called the Command Centre and reported that McPherson was seen in a yard at ‘C’ Field Sophia lying motionless with what appeared to be blood on his skin.

Police found McPherson with gunshot wounds to his chest and right hand. He was subsequently taken to the Georgetown Public Hospital Corporation where he was pronounced dead on arrival.