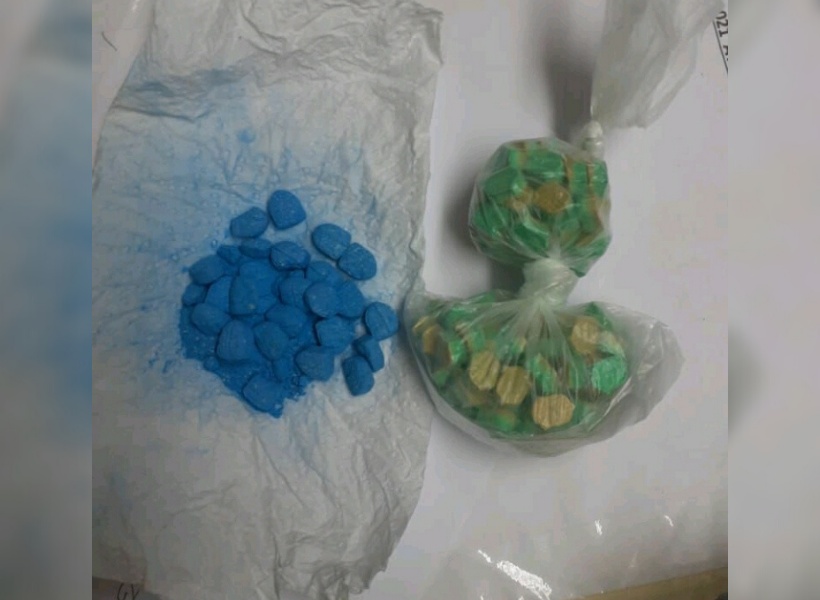 A party of police officers confiscated 38 grammes of ecstasy that was stashed in the trunk of a car at Helena #2 Public Road, Mahaica, East Coast Demerara.

A 33-year-old man has since been arrested and is expected to be charged soon.

According to police, ranks were on roadblock duty when they stopped motorcar #HC8851 (a silver-grey Premio) which was proceeding west along the said road with a driver and four passengers.

A search was carried out, and a black plastic bag was seen in the car trunk. Police enquired from the passengers about the bag and one of the passengers – a 33-year-old male – claimed ownership of same.

A further search was carried out of the bag in their presence and a black plastic bag was found hidden in a right side shoe. Upon opening same, a quantity of blue-green and yellow tablets was unearthed.

The suspect was told of the offence committed, arrested, and escorted to the station where he was cautioned and said he has a son sick with cancer and he is not working so he does this as ‘a lil hustle’.

The ecstasy was checked in his presence and amounted to 88 tablets which weighed 38 grams.

Further investigation is in progress.