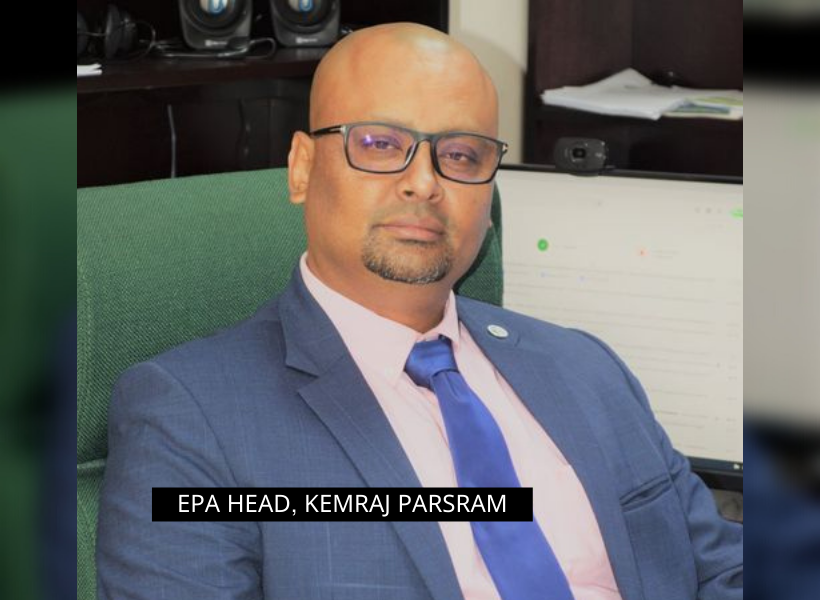 ExxonMobil’s subsidiary, Esso Exploration and Production Guyana Limited (EEPGL) has paid roughly $400M to the Environmental Protection Agency (EPA) for flaring aboard the Liza Destiny vessel from May 13, 2021, to mid-July. That sum could double by yearend since the EPA has increased its penalty of US$30 per tonne of Carbon Dioxide equivalent (CO2e) emitted to US$45 as of July 25.

Disclosing the foregoing on Kaieteur Radio last night was EPA Head, Kemraj Parsram. He noted that the increase will be in effect until yearend which is when ExxonMobil is expected to finally overcome its gas compressor issues.

Parsram said, “…We know there are issues with the compressor (for the Liza Destiny floating, production, storage, and offloading vessel) and we have been working with the operator (ExxonMobil) and we have agreed to a way in which we can achieve compliance. It must be noted that the operator has been and continues to show efforts in addressing the matter and in meeting compliance.”

The EPA Head added, “We have weekly meetings to discuss the status and in meeting this compliance. In fact, you are aware that we in the past allowed the flaring of 15mscfd (million standard cubic feet of gas per day) but I am glad to say flaring has been reduced to 6million.”

Based on the information provided to the EPA and the discussions thus far, Parsram said the plan is to completely fix the gas compressor issue by yearend while adding, “…we find this to be reasonable.”
Extensive research also shows that gas flaring which has been ongoing offshore Guyana since 2019 contributes to climate change, has serious environmental implications. The Department of Mechanical Engineering at the University of Ibadan, Ibadan, Nigeria, was keen to note in one of its studies that gas flaring releases carbon dioxide and methane, the two major greenhouse gases that accelerate climate change. Of these two, methane is more harmful than carbon dioxide.

The Department of Mechanical Engineering has also noted that flaring contributes to local and regional environmental problems, such as acid rain with attendant impact on agriculture, forests, and other physical infrastructure. The acid rain results in environmental degradation, which includes soil and water contamination, and roof erosion.

Furthermore, there have been over 250 identified toxins released from flaring including carcinogens such as benzopyrene, benzene, carbon disulphide (CS2), carbonyl sulphide (COS) and toluene; metals such as mercury, arsenic, and chromium; sour gas with Hydrogen Sulfide (H2S) and Sulfur Dioxide (SO2); Nitrogen oxides (NOx); Carbon dioxide (CO2); and methane (CH4) which contributes to the greenhouse gases.

It is crucial to note that ExxonMobil’s Environmental Impact Assessments (EIA) for its Liza Phase One, Two and Payara projects, make no mention of the types of toxic gases that would be released via flaring alongside their potential impact on the environment in various scenarios.