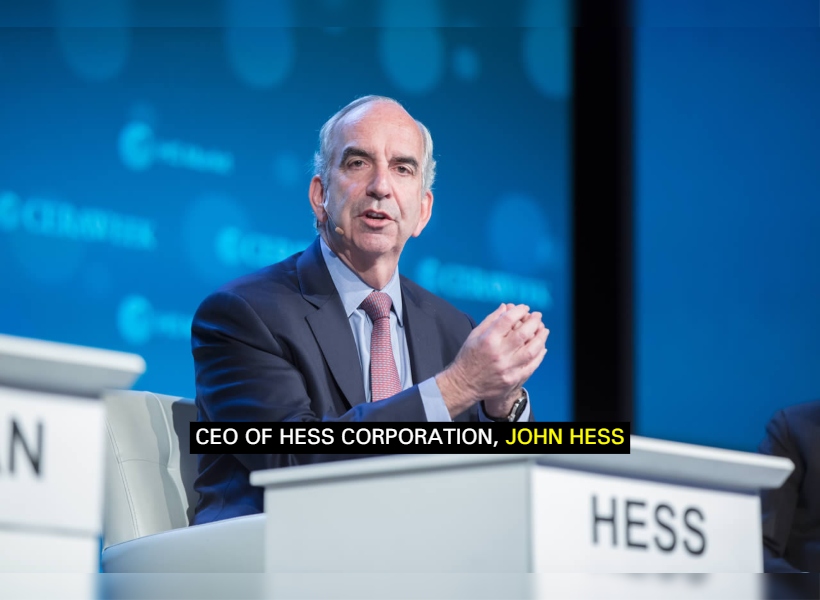 Hess Corporation announced this week that it has completed the previously announced sale of its subsidiary—Hess Denmark ApS— which holds a 61.5% interest in the South Arne Field, to Ineos Exploration and Production for a total consideration of US$150 million.
Chief Executive Officer (CEO) of the Houston oil giant, John Hess was keen to note that the sale of the Denmark asset enables the company to further focus its portfolio and strengthen its cash and liquidity position. Hess added, “Proceeds will be used to fund our world-class investment opportunity in Guyana.”
It was in March that Hess had agreed with Ineos Exploration and Production Company to sell its subsidiary.

It should be noted that Hess has been active in the Danish North Sea since becoming the operator of the South Arne field in 1994. South Arne, located about 150 miles west of Esbjerg, has produced oil and gas since 1999 and uses horizontal production and water-injection wells to optimise production from chalk reservoirs. According to Hess’ website, the South Arne Field had produced an average of 5,800 barrels of oil equivalent per day net to Hess in the fourth quarter of 2020.

As it relates to the Stabroek Block, Hess Corporation, CNOOC/NEXEN, and the Operator of the concession, ExxonMobil, have announced that plans are moving apace to bring a fourth project plan to the government by year-end, while a fifth development is already under consideration. Further to this, the joint venture partners had said that by 2027, it could have a sixth oil development project in the Stabroek Block.

Rystad Energy, an energy research and business intelligence company, was one of the first industry stakeholders to project that ExxonMobil would be able to place one FPSO offshore Guyana every year for the next 10 years. If these projections pan out, the 10th vessel will start producing in 2031.