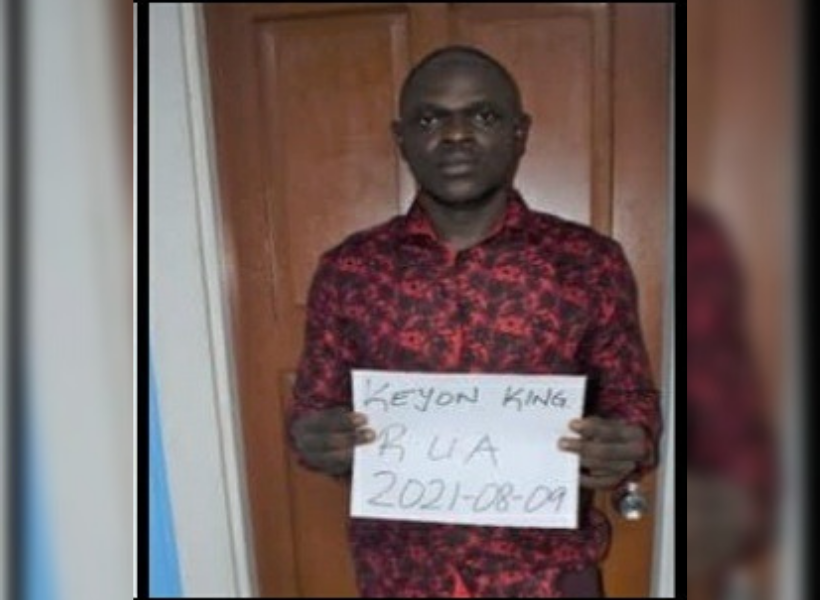 The former soldier who pleaded guilty to four robbery charges was sentenced to three years in jail for the crimes.

Keyon King, 32, who previously told a court that he committed the crimes because of financial problems, will be serving three years behind bars for each of the four charges against him. Principal Magistrate Sherdel Isaacs-Marcus handed down the sentence when the man was brought before her at the Georgetown Magistrates’ Courts. The sentences will be served concurrently.

Wallison Enterprise, which is located at Lot 23 Gordon Street Kitty, Georgetown, was robbed when three men stormed the business under the pretense of selling gold. Cops had reported that the three men went to the location with a white car and parked it north of the building and entered the compound, through the main gate, after they told the security guard that they were there to sell gold. The three armed men then entered the waiting area where they spoke to the cashier and showed her a package, which they claimed contained gold that they wanted to sell.

While exiting the three men took a DVR box, but cops still managed to gain the footage of the robbery from other hidden CCTV footage.

Arrests were then made after a security guard, who was involved in the robbery confessed.
According to information, police went to the house belonging to King and found $18 million buried in a bucket in the backyard. King told the police that his girlfriend, who is also a serving member of the GDF was innocent.