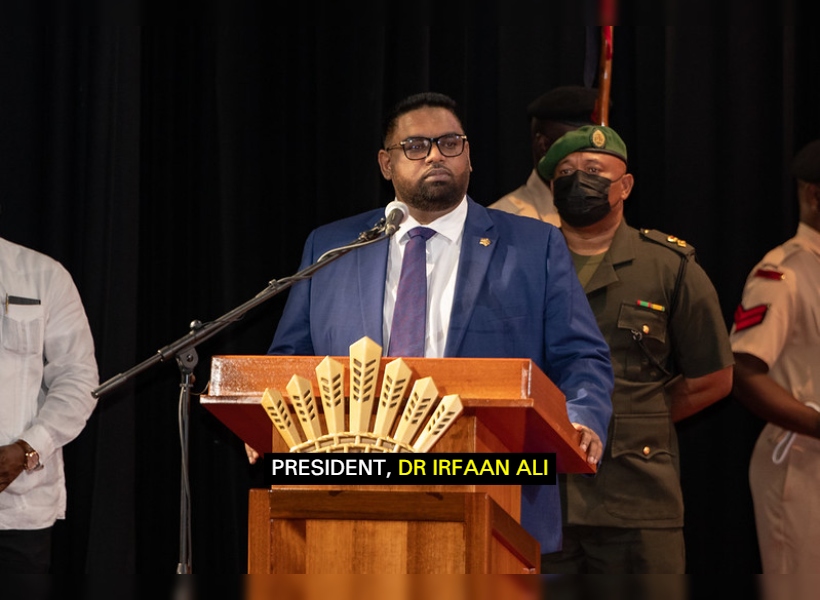 President, Dr Irfaan Ali recently revealed that “tremendous progress” has been made to date in achieving CARICOM’s goal to reduce its food import bill by 25 percent in three years.

The Head of State made the foregoing disclosure during an interview with the Caribbean Media Corporation-DIME Network earlier today in Suriname while he fielded questions on the progress of the initiative.

In qualifying the progress referenced earlier, President Ali said “an overarching, measurable strategy” has been developed which incorporates various stakeholders within the region and in individual countries, including the private sector, women, youths, the farming community and in some cases, university students.

The Guyanese leader said, “We have outlined a strategy that is measurable, a strategy that has very specific targets, and in that strategy itself, it outlines the specific actions that are required by each State in achieving the 25 by 2025 Plan.”

While he did not reveal much more about the specific targets to be achieved, President Ali did note that commitment for success with the new initiative was registered by regional leaders at the Agri Investment Forum and Expo 2022 hosted in Guyana and the Agro Fest in Barbados.

The President said too that there is a clear commitment from all the leaders that a strategic time-bound approach to the removal of trade barriers is needed.

He was keen to note as well, the need for a sustainable financial model while pointing to the need to attract more youths to the industry.